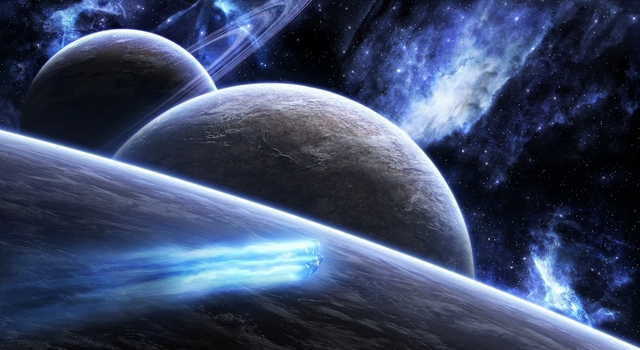 The Universe is mad and here’s your proof. We’ll meet planets similar to balsa wood and sunsets like on Tatooine.

Of all the planets that scientists have studied and glimpsed, Earth has to be one of the weirdest. In the global scheme of things (should that be Universal scheme?) our humble rock has an impressive wealth of bonkers things going on. Firstly: us. Secondly: everything else that’s alive.

On top of the queerness of life, we have an oxygen rich atmosphere and liquid water covering two-thirds of the planet. We should be proud and embrace our unique life splattered rock. But today we’re venturing further afield to look at some of the other odd planets that astronomy has managed to sneak a peek at. 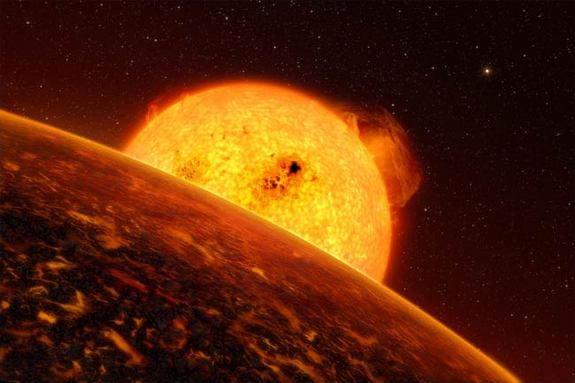 Of all the planets we’re visiting today, this is probably the least hospitable. CoRoT-7b is a volcanic hell hole; it was the first rocky planet outside of our solar system that we found orbiting a star, it’s certainly no earth though. CoRoT-7b is positioned 23 times closer to the sun than Mercury, and that’s a little too close for comfort.

The surface of CoRoT-7b is no stranger to temperatures as high as 4,000 degrees Fahrenheit (2,200 degrees Celsius). You’d get a lovely tan about a nanosecond before you were completely obliterated.

To add another oddity to CoRoT-7b’s catalogue, scientists reckon its weather might be slightly more violent than ours. Rather than our gentle watery based rains they hypothesise that rocks there would be so hot they would vaporise and rise into the atmosphere, falling back down as a rain of pebbles. And you thought hailstorms were bad.