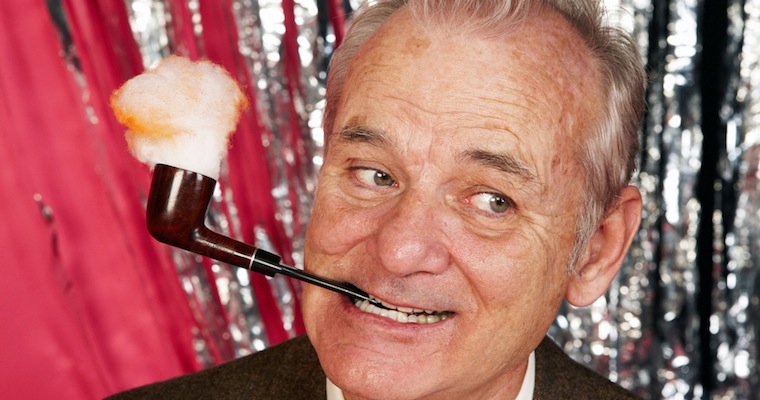 What would you do if you bumped into Bill Murray while running from a crime scene? What any normal person would do, and what this one bank robber did in Tokyo, Japan last week. You stop and tell him how much you love him.

Imagine robbing a bank, the intense adrenaline coursing through your body, the fear and desperation clinging to your face in the form of sweat beads. Then you manage to get out, you run, freedom is close, you’re nearly there. Then you look up and Bill Murray’s standing in front of you. What do you do? What any normal person would do, and what this one bank robber did in Tokyo, Japan last week. You stop and tell him how much you love him.

The Bank of Tokyo-Mitsubushi bank manager was delighted to hear that the bank robber was stopped, and by the help of no other than Bill Murray, a well loved figure in the country. He gushes:

“We love Bill Murray very much in our country, he is very funny man,” said Tomi Tanaka who is manager of the Bank of Tokyo-Mitsubishi. “Tomorrow, we are giving Mr. Murray an award with very big ceremony. It will be very excellent, everyone in Tokyo is invited.”

â˜› Watch Next: Bank Robbers Throw Bundles Of Cash Out Of Car During High Speed Chase

Bill was have said to have been very polite and calm during the apprehension:

“I saw this man in the street running towards me with a bag in his hand. Then he suddenly stopped when he saw me. He asked me if I was Bob Harris, the character I played in Lost in Translation. I told him, ‘sure, why not’. Then he started telling me how much he loved me and how great he thought I was. I was polite, I told him that was very nice of him to say. Then kind of out of nowhere, police showed up and tackled the man,” Murray said. “Some people might call me a hero, but I’m no hero. The real heroes today are the men and women of the Tokyo Metropolitan Police Department.”

The robber is yet unnamed and was taken into police custody. It’s at this point I begin to squeal like a horrific fan girl at my computer. Whadda guy. My Bill Murray tattoo is tingling in excitement.

â˜› Check This Out Next: 71 Year Old Dude Shoots Up Armed Robbers