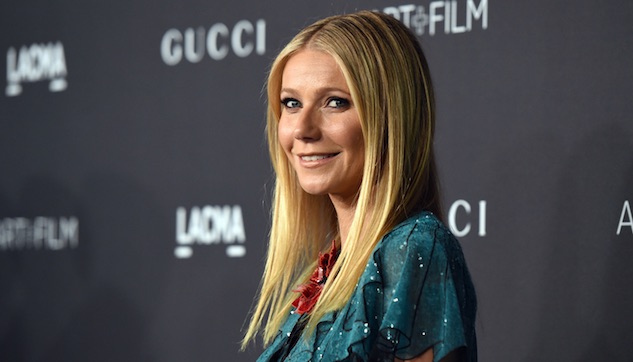 Lockdown has been difficult for all of us in our own ways, but I’m not sure if anyone has had a harder time than Gwyneth Paltrow, who revealed yesterday that she was in such a bad way that she broke down and ate bread and drank wine several times a week during the worst times for her. Can’t believe she had it so tough – a real tragedy.

Obviously in the past few years and the advent of her Goop brand, Gwyneth has been a bit of a caricature of herself, but this is something even by her standards. Here’s her exact quote in all its tone deaf glory:

I drank alcohol during quarantine.

I was drinking seven nights a week and making pasta and eating bread.

I went totally off the rails.

I mean, who drinks multiple drinks seven nights a week?

I suppose it isn’t to be fair, but then later on she does say that she had two drinks a night and it wasn’t like she was getting blackout drunk every night, so whilst it might not be super healthy it’s not exactly anything she needs to be too worried about I don’t think, especially if she’s stopped now. And especially when you consider that a lot of regular people were unemployed and suicidal during the lockdown, it’s kind of making a major mountain out of the most minor molehill in history.

Obviously the headlines and even the quote itself made her sound completely stupid and the internet was quick to roast her about it – here are some of the best ones:

What Gwyneth Paltrow calls “off the rails”, most people call “dinner” https://t.co/rBJ1jTk9Rq

Just found out I’ve been off the rails for years https://t.co/glRgeCR2I8

Thoughts and prayers to Gwyneth Paltrow, who had to do the unspeakable and eat bread. pic.twitter.com/DqDEyPNAwp

That Guardian Gwyneth Paltrow story is super relevant because it highlights the different universes, not worlds, the elite live in.

In 2020, for 99% of the planet, breaking down =emotional collapse at loss of loved one, livelihood, home.

For Paltrow it meant eating bread.

I admire Gwyneth Paltrow’s talent in becoming somehow more unlikable every time I see a new story about her. pic.twitter.com/unW4mw4Evk

People died, lost their jobs, businesses failed, suicides were up… but a millionaire had to eat bread 😭 https://t.co/gynq4gSqDD

Yeah, I don’t know if Gwyneth ever reads anything about herself, but hopefully she at least hears something about this and gets a clue about how she should be acting about stuff like this? It really does seem like every time there’s a story about her she comes across as more and more out of touch with reality. Get it together Gwyn.

For more of the same, check out a couple of months ago when Gwyneth Paltrow says she invented the face mask trend. Come on now.