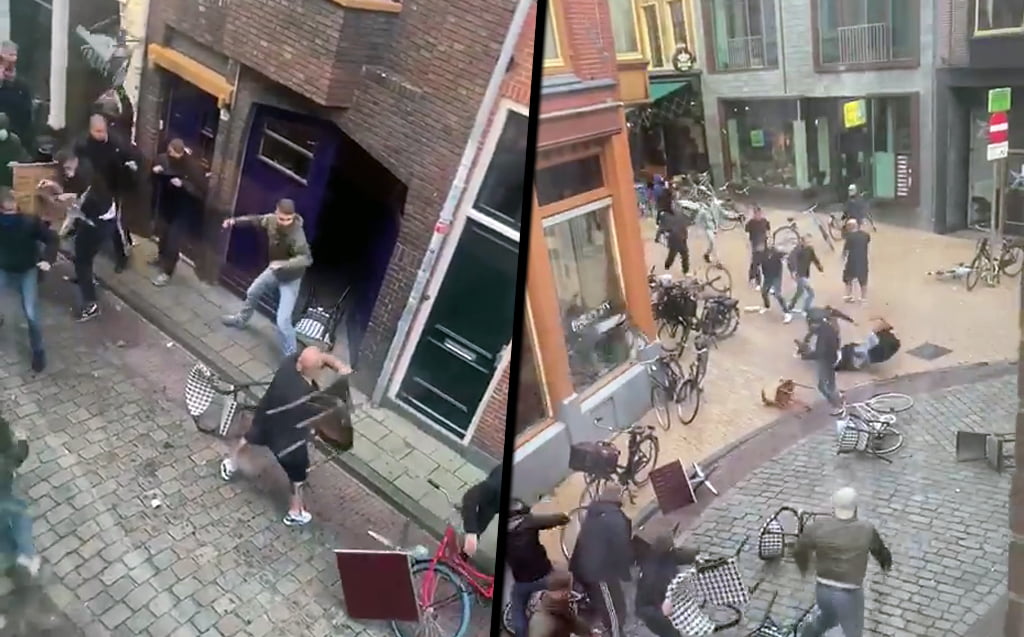 You may have been forgiven for thinking that football hooliganism was a thing of the past as current social distancing rules means that fans can’t travel to stadiums as it would seem a bit pointless for away fans to travel all the way to another city just to have a scrap, but you would be completely and utterly wrong.

The footage below comes from over in The Netherlands, where tensions tipped over to boiling point between rival fans ahead of a friendly match between Groningen and Arminia Bielefeld in the centre of Groningen. To say that these two sets of fans absolutely smash the shit out of each other would be an understatement, as they literally throw a bunch of chairs and bottles at each other and show absolutely no mercy.

Watch out for the bit where one of them throws a chair but accidentally hits one of his mates instead:

Geez. I guess they had a lot to get out of their systems because there haven’t been any Dutch football matches for the past six months – they voted not to restart the league – but even so the level of carnage is absolutely crazy considering this was just for a friendly match between the two teams. Can you imagine what it’s going to be like when the season proper gets underway?

For more of the same, check out this footage of Leicester fans over in Madrid a few years ago. Mad.