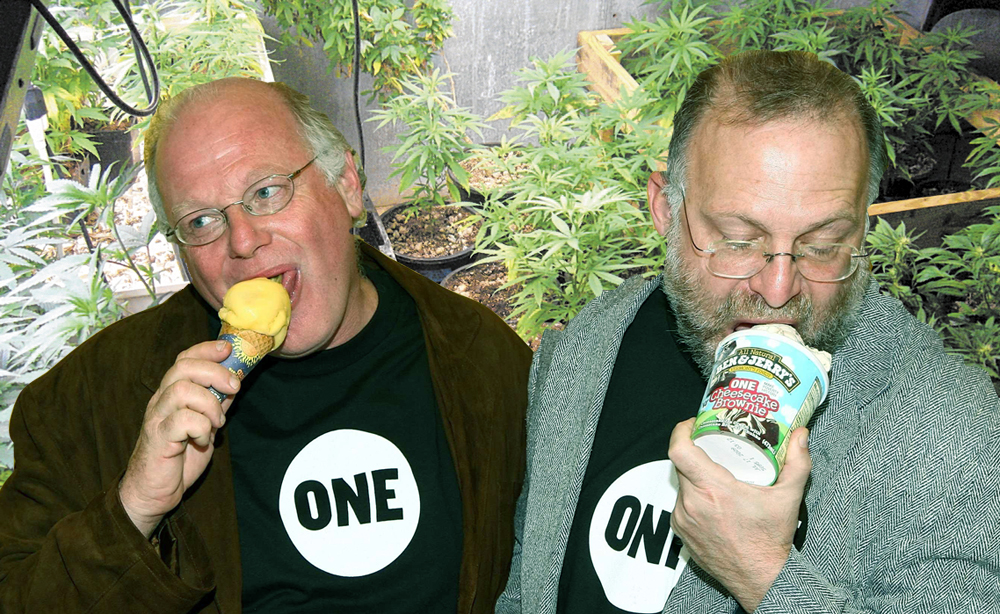 We could really go for a tub of Fully Baked right now.

Ever since the legalisation of marijuana across various US states there’s been a load of cool new weed-infused edibles cropping up all over the place including these gourmet frozen pizzas and this amazing sounding coffee that is apparently like “riding a cool avalanche of pure deliciousness down a tall mountain and landing in an ocean of good feelings”.

In a live interview with The Huffington Post, kings of rad flavours and all round cool guys Ben Cohen and Jerry Greenfield, the founders of your favourite frozen dessert brand Ben & Jerry’s, admitted that if they were given the chance, they would totally make a range of ice creams that had pot in them now that it’s legal in some places. Well what they said exactly was this:

Ben: Makes sense to me, combine your pleasures.

Jerry: Ben and I, have had ‘previous experiences’ with substances and I think legalising marijuana is a wonderful thing rather than putting people in jail for not hurting anybody else and I’m very supportive of that.

Reporter: So why not put it in some ice cream?

Jerry: You know it’s not my decision, if it were my decision I’d be doing it but fortunately we have wiser heads at the company that figure those things out.

We aren’t making this up, watch the video below to see for yourself. We fully reckon that if the company weren’t owned by a higher power of spoilsports and the pot versions got the go-ahead to be made for real, that even Jon Snow the drama queen wouldn’t mind having a bowl or two. Or a whole tub to himself. Fingers crossed that the big bosses at Unilever see the money-making potential behind this idea and don’t ruin it for everyone because we well and truly need this.