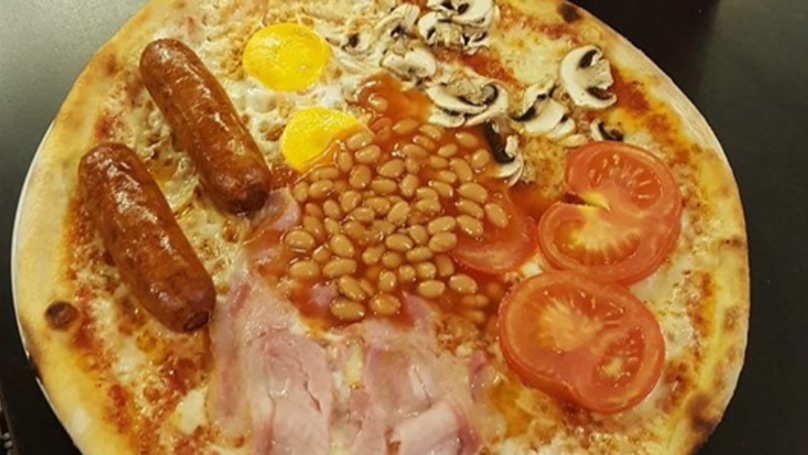 It goes without saying that you can put pretty much anything on a pizza and it will work – except pineapple obviously – but I don’t really think it’s necessary to whack a Full English Breakfast on there, do you?

Nevertheless, some idiots over in Benidorm have decided to offer it as a special at the Good Times Bar And Grill. Not really sure if it’s going to be that good a time if you order this monstrosity, but maybe there are some other good things on the menu or a jukebox or something.

The pizza itself just looks like someone cooked up a really greasy old school fry up – none of this avocado and toast bollocks – and then whacked it onto a cheesy pizza instead of a plate. You’ve got your sausages, bacon, tomatoes, mushrooms, eggs and baked beans all present and ready for action.

Trouble is that it just doesn’t really look appetising in the slightest to me, especially with all those beans in the middle. You can just imagine them going all down your top when you pick up a slice and try and put it in your mouth. What a disaster. 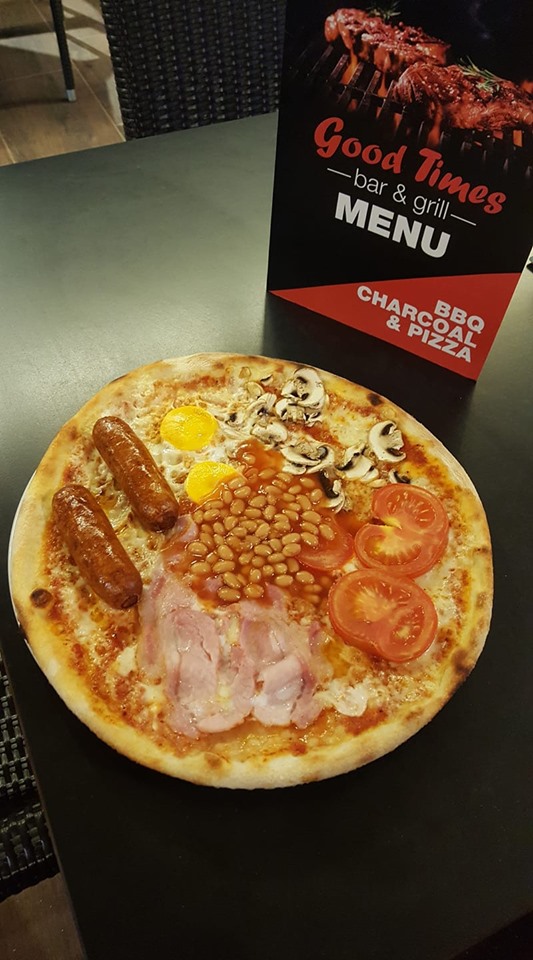 If you do actually fancy eating this, then it’ll set you back around £15 but you’ll also be paying for it in terms of calories too as it’ll pack a whopping 2600 of them too. Best to skip dinner then.

I’ve gotta end this by saying that I’m not against the idea of a Full English Breakfast pizza, but just the way Good Times have presented it, they’ve just made it look completely rank. The bacon looks undercooked, there’s barely any egg white and the sausages and tomatoes just look fucking stupid towering over everything else on the base. Yuck.

The real solution would be to chop the bacon, mushrooms, sausages and tomatoes into way smaller chunks and dot them around the pizza along with the baked beans then whack a runny egg in the middle. That would be much, much better and people would have way more chance of enjoying it. The format they have it in now is just stupid. Sort it out guys, it’s embarrassing for the whole nation.