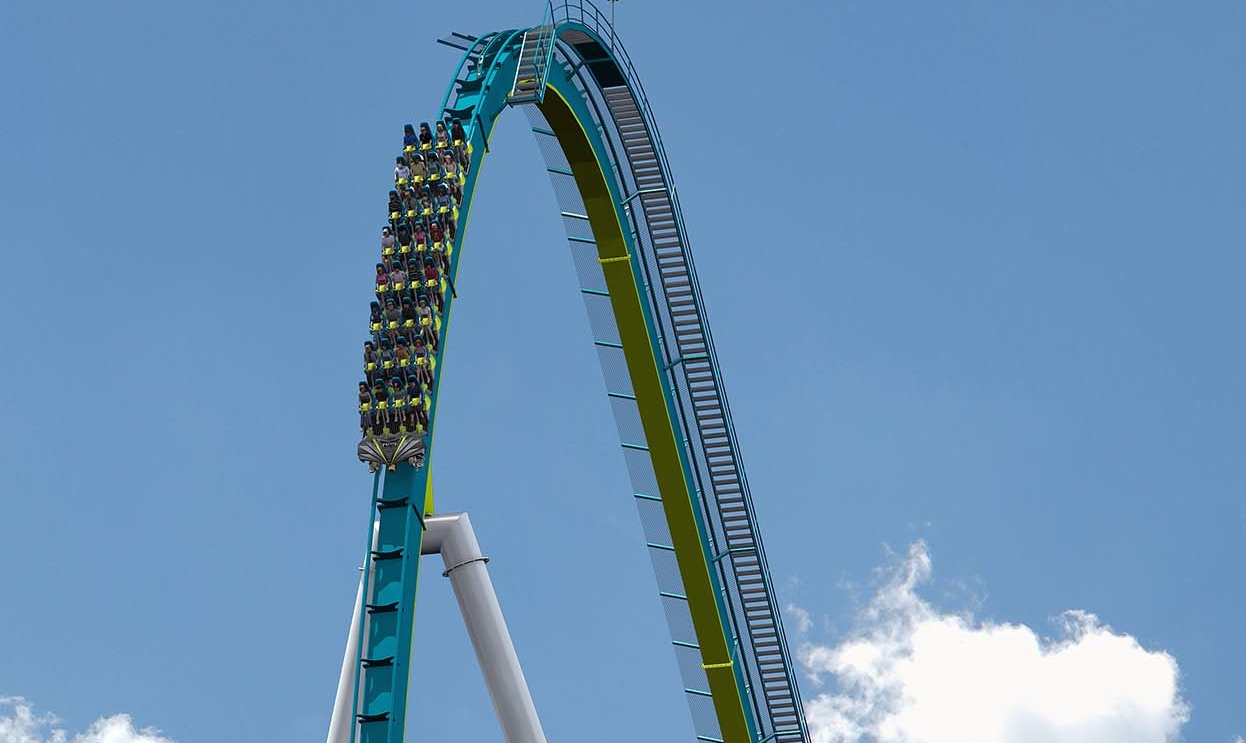 It travels at speeds of 95 mph and is taller than the Statue Of Liberty.

We’re big fans of new roller coasters here at Sick Chirpse and we’re always excited when a new one comes out that’s looking to push the barrel of extreme rides.

The latest in that list is the Fury 325 at Carowinds amusement park in Charlotte, North Carolina. It’s not open yet but will be by March 28th, however the park have released this POV video of the ride’s first test run to whet the appetite of thrill seekers the world over.

The Fury 325’s USP is that it’s super fast and super high, reaching speeds of over 95mph and including a drop that’s even taller than the Statue Of Liberty. Unfortunately there isn’t much else going on with it after that first massive drop – just a  few corkscrews and a lot of just going really fast – which is a bit disappointing, although that one massive drop really does smash it out of the ball park on this video.

If you enjoyed that though, check out the world’s tallest roller coaster here – that really is a weird one that’s like nothing I’ve ever seen before.