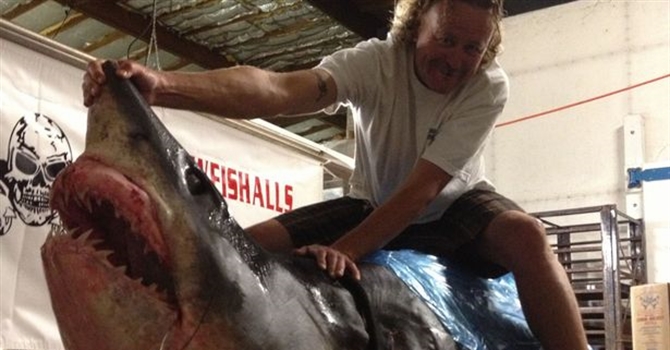 Some nutter caught a massive mako shark this week in California. Here’s the deets…. stay out of the water people.

Mako sharks are pretty awesome killing machines, they’re powerful and they don’t like being caught. Earlier this week fisherman, Jason Johnston, caught what is quite possibly the biggest mako shark ever recorded. He was fishing off the coast of California and this behemoth took the bait. Jason had this to say:

“I’ve hunted lions and brown bears, but I’ve never experienced anything like this….. it felt like I had a one-tonne diesel truck at the end of the line, and it wasn’t budging.” 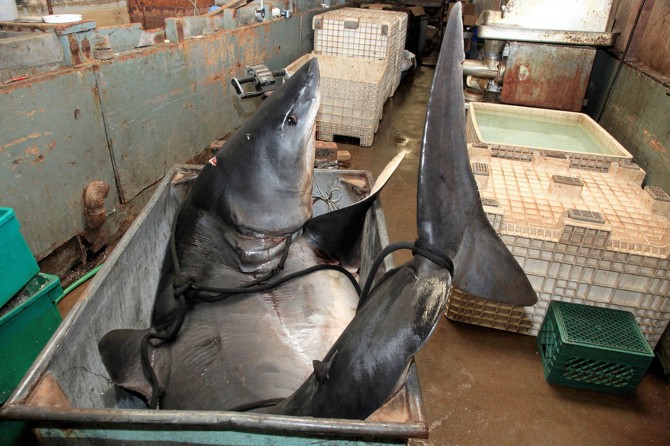 My advice, in general – and you don’t have to listen to me of course, I’m just trying to help – is this: don’t muck about with sharks. OK? Just to be on the safe side. Imagine coming up in front of one of these mothers during a cold (or warm) morning swim. I know that humans aren’t a shark’s choice of meal, and I know that sharks are beautiful, intelligent, ancient creatures. But they still scare the wee wee out of me, and I think that’s fair enough.

â˜› Read Next: The Weirdest Creatures In The Ocean #2 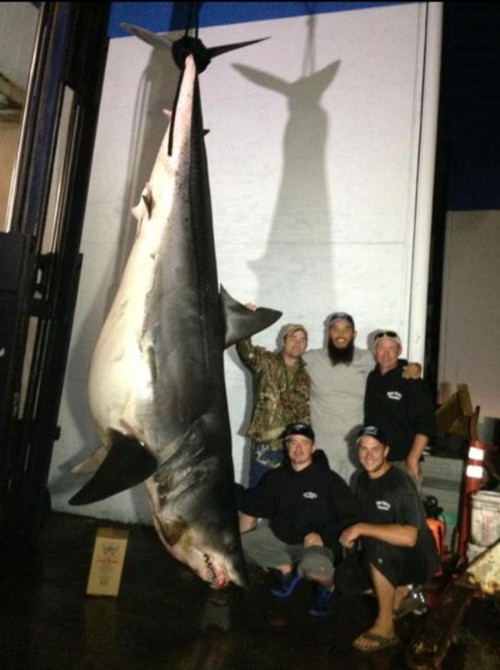 Jason’s catch could well be the world record holder for biggest mako shark ever caught, but he has to wait for all the official measurement jazz that needs to go on. The cadaver is currently chilling on ice awaiting it’s prize. 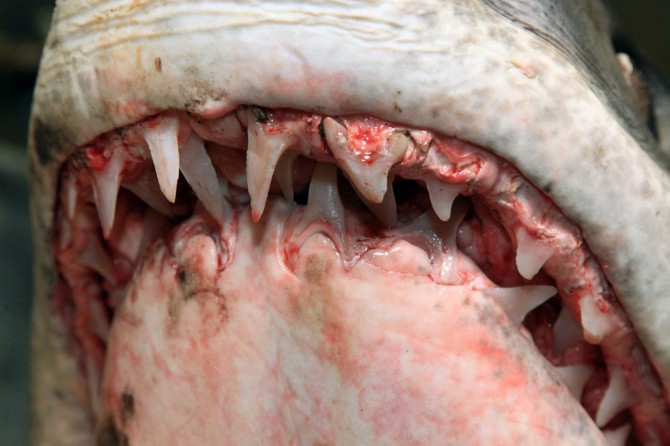 Mako sharks are the fastest in the ocean, they’ve been recorded travelling at over 30mph and can do bursts of speed up to 46mph.

You know when you were a kid and you would muck about in a swimming pool, trying to punch each other under water, and how hard it was to punch because water is so much thicker than air? Imagine pushing your whole body through the waves at the speed of a car…. mind blowing. 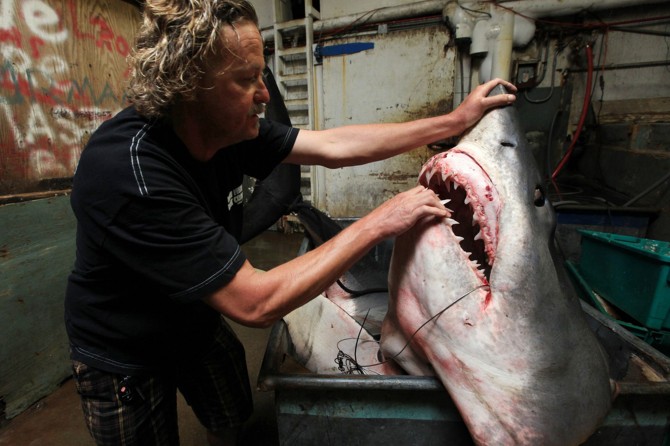 Some scientists hypothesise that mako sharks can achieve speeds of over 60mph but that’s up for debate by marine biologists. They are also able to jump 9m in the air, that’s more than five times the height of little old me. True athletes of the waves. Here’s a video of some guy wheeling the corpse around in a big wheely bin. I think I’ll be staying on the beach this year.