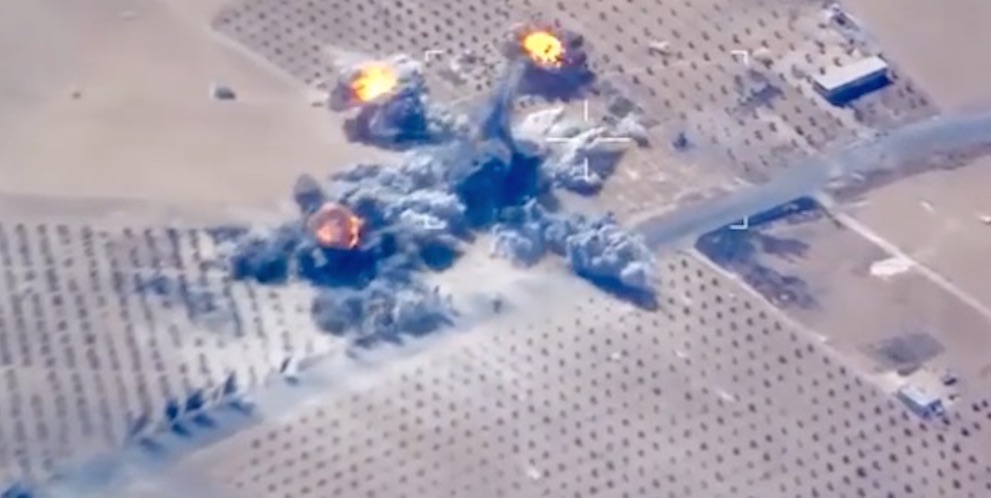 The war on ISIS seems to be heating up and seems to actually be going somewhere if you listen to recent reports of conditions in the Middle East, and this video only seems to offer more proof of this.

It apparently shows a US air strike on an ISIS stronghold over there, dropping $200,000 of guided bombs onto five different targets simultaneously and blowing the hell out of them. America!

OK, no idea if that’s actually true and what’s actually happening down there as I haven’t got any authority on it other than what’s said in the video, but it’s definitely five ground targets being blown up simultaneously in the desert so it’s certainly possible that it could be coalition forces blowing up ISIS. I hope it is anyway and they’re actually some way to disrupting the terrorist’s plans because I don’t think I can deal with more terror attacks any time soon.

If you want to know the truth about ISIS, check out our documentary on their origins below: