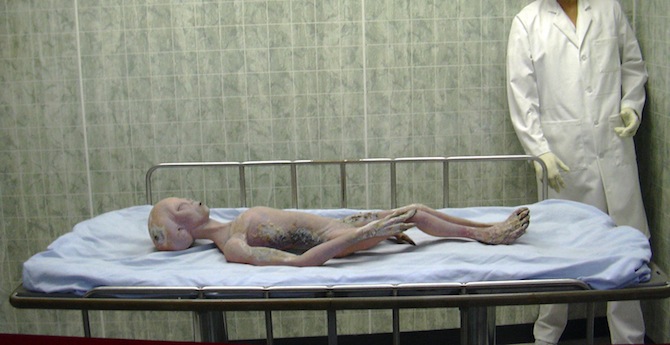 “Has a real life alien really been found Mr Lazer Horse?” I hear you ask…. well….. probably not. It’s unlikely isn’t it. But, hey, who doesn’t like a good alien yarn right? So basically, this guy called Steven Greer who has been an outspoken conspiracy theorist/ ufologist for many years, claims he has evidence of extraterrestrial life in the format of a 6 inch tall shriveled corpse. The picture below shows you its size, and further down you can see the X-Ray. If it is a hoax, which I presume it is, it’s a pretty cool model and someone with mad skills must have made it. Look at all the tiny little bones!? Steven’s interest in UFOs comes from him having reportedly seen a couple as a youth, one at aged 8 and one at aged 18, and ever since then he has been hounding the government to admit they have regular meetings with chaps and lasses from other worlds.

To my eyes it looks like it could be a shrunken body, like the shrunken heads that tribes used to make out of their enemies. They’re saying that some of the bone structures differ from normal humans, but I guess if you shrunk a whole body down to that size the bones might well go a bit weird. 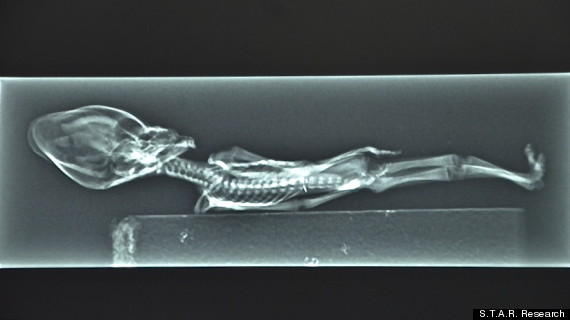 He’s releasing a film called ‘Sirius‘ later this month, here’s the trailer for it below. Apparently when he brings out the DNA evidence taken from the tiny little chap he going to blow the lid off of this government led denial of ETs once and for all.

Dramatic indeed. I was brought up on The X-Files so I always have a soft spot for this kind of thing, and although we all scoff at the nuts….. what if we’re wrong? We once thought the world was flat and the idea of having a phone in your pocket that you could watch moving colour images on would have blown our tiny minds. I know, I know, it’s not likely, but let a man dream. Below is a video narrated by a weird robot lady that shows a bit more footage of our pint-sized alien friend:

â˜› Look At These Next: Some Of The Worst “Unexplained” Photos Of All Time

This isn’t the first time there have been hoaxes of short space visitors either, these pictures were from a Russian bollox fest: 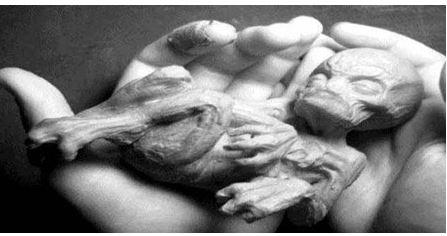 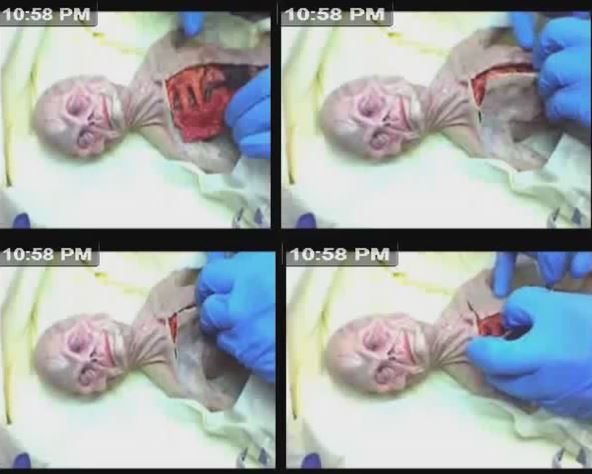 And back in 2004 there was this picture of a little fella crossing behind some horses that did the rounds on the internet at the time: 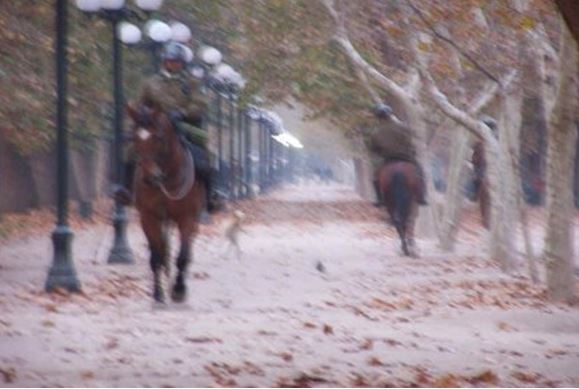 So, either these little things have been scurrying around for ages without us noticing, or they haven’t. My money’s on the latter.

â˜› Read Next: The Sick Chirpse Half Arsed Guide To Dark Matter