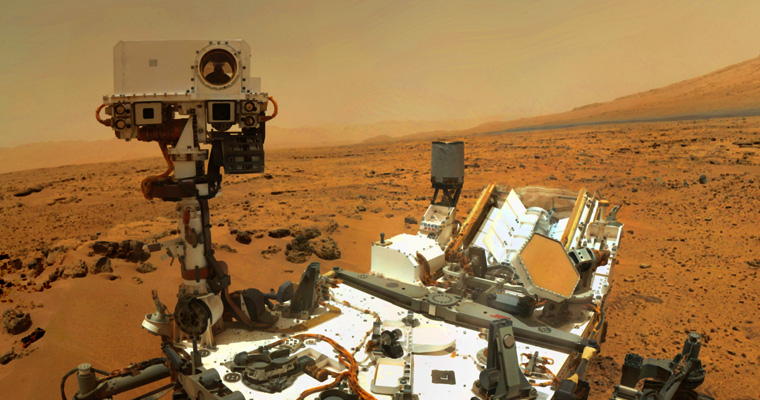 Curiosity, the Mars rover, has been scuttling around Mars doing nothing of real interest, until now. Recent images appear to show something quite unexplainable on the Martian surface. So what the hell is it?

Last August NASA managed to land the Curiosity rover (Johnny-Five anyone?) on the surface of Mars in the most audacious, parachute-to-jetpack-to-sky-crane landing ever devised. Those crazy cats named it “The 7 Minutes of Terror”. Showoffs.

Since then Curiosity has been pottering around the Red Planet Tweeting, hoovering up rocks and taking photos of itself – presumably for Instagram – and the Martian surface. Generally pretty boring stuff. So boring, in fact, that most people have probably forgotten the rover is still there, doing science-y stuff like drilling holes and smashing rocks.

Now things on Mars have taken an all the more curious (get it?) turn. Last week Curiosity took the photograph you can see below. The image appears to show a shiny, metallic object embedded in Martian rock. Is it natural? Alien? No one knows. All we know is that now is probably the right time to make some outlandish and severely uninformed guesses (Aliens!). So Let’s. 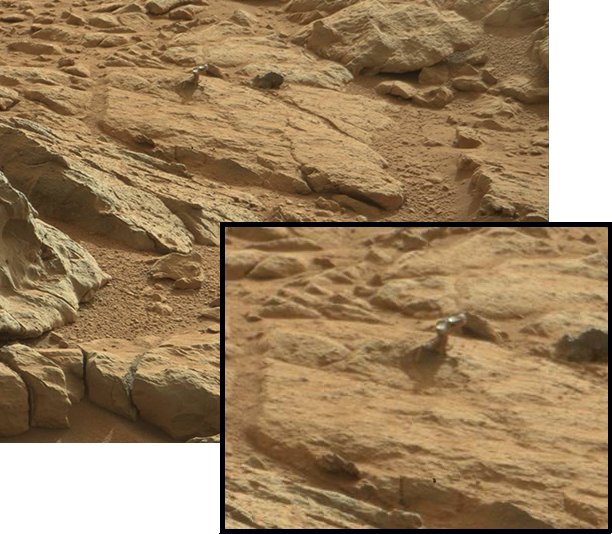 To me it looks remarkably like a door handle, and look at the rock it’s stuck to – maybe I spent too much time in my second year of University watching episodes of Lost (what an absolute waste of time that turned out to be) but that’s a hatch right? Hatches pretty much always lead to underground bunkers. So what are those sneaky Martians hiding? Their vast, underground civilisation? Super alien nukes? Elvis?

â˜› Read More: Curiosity Lands On Mars In Possibly The Most Tekkers Landing Ever

Some sensible people have pointed out that it could be some naturally occurring metal that hasn’t weathered away as much as the rocks around it, or just a piece of space junk, but let’s just ALLOW THAT SENSIBLE SHIT. Now is the time for elaborate conspiracy theories and religious extremism. Come on internet, this is what you were made for. Tell us. Tell us what the hell this is!

â˜› Read This Next: Print Your Own Evil Moon Base