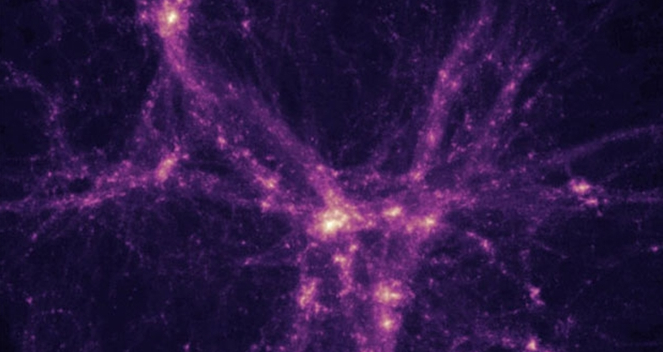 What is dark matter and why exactly does it matter? This is a question that nobody has been able to answer yet, but we take a look at the facts that are currently known about it and try to get to the bottom of the mystery.

After achieving a half arsed understanding of Higgs boson the other day in a Sick Chirpse post, I thought I would continue this waltz into physics and try to get to grips with dark matter and dark energy, after all, they sound pretty cool. What I found out made my eyes roll back into my head and I let out a pipette’s worth of wee, that’s how magnificent and confusing I found it all. I’ve tried to simplify it so you won’t need to use incontinence pads. As ever, if I’ve made any errors in my physics explanation please don’t get in touch, I won’t understand.

â˜› Read Next: The Sick Chirpse Half Arsed Guide To The Higgs Boson

Righty. So, Dark matter/ energy are both hypothetical at this stage in our understanding of the universe.  Dark energy holds together galaxies and gives the universe its structure but we know nothing about it. With the Higgs boson, scientists know it must be there to fill in the gaps in our theories.

It’s the same with dark matter, we know something is there, there’s gaps. We just don’t know what. Best estimates are that the universe is made up of 70% dark energy, 25% dark matter and just 5% normal matter. So all the stuff we see and touch makes up just 5% of everything. The rest, we can’t even see. What a mind bender. 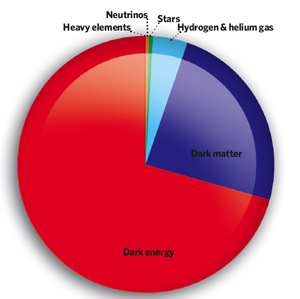 The tricky thing about dark matter is that we can’t see it, hence its name. It doesn’t emit or absorb light or any other electromagnetic radiation, so we can’t detect it. So why do we think it’s there at all then? Well, its existence is inferred by other findings.