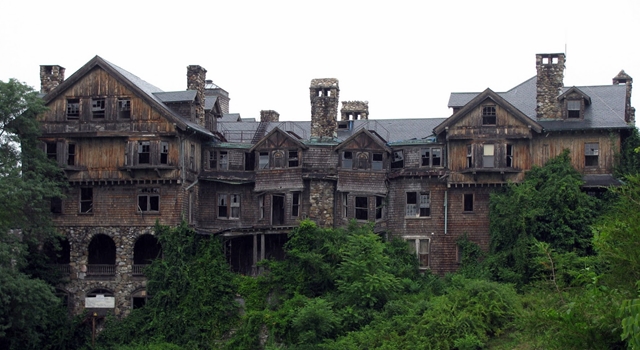 Don’t bother reading this if you want to sleep tonight.

I’ve never believed in ghosts or spirits or demons and the like, so on paper I should be quite at ease walking through graveyards alone at night and creeping through abandoned mental asylums. I should be happy. But you wouldn’t catch me anywhere near any of these places. No chance. It kind of annoys me that I’d be so terrified to visit a “haunted” house alone, it makes no justifiable sense, but there’s no chance in hell I’d go inside after dark, alone.

Here’s a few places, that for whatever reason, have a creepy air about them. They’re places that you just wouldn’t want to be found all alone in. Even if you don’t believe in all that spirit crap, these places are dark. 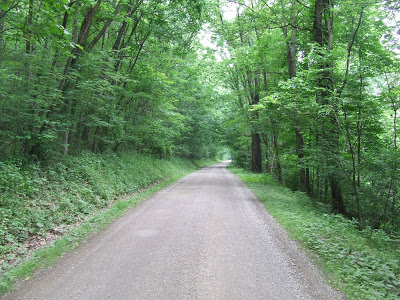 Shades of Death road winds through 7 miles of dense woodland and passes a beautiful lake known as Ghost Lake. According to folklore highwaymen would hide out in the shade of the trees before pouncing on their victims and slitting their throats. In other tales, the local residents would capture the highwaymen and hang them from the trees as a warning to others.

In the 20’s and 30’s there were three brutal murders along this cursed stretch of road. One man was murdered in a robbery by a blow to the head with a car jack, another man was beheaded by his wife and buried at the side of the road and a third involved a local man who was shot and buried under a mud pile. 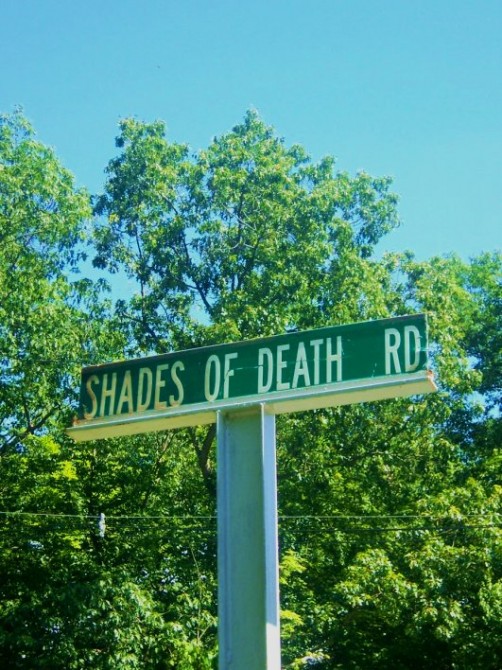 But the carnage and terror doesn’t stop there; nearby Bear Swamp was rumoured to house a large population of wild cats who would frequently and lethally attack travelers. And there’s more, the place used to be a hotspot for malaria until the swamp was drained. Jeeeez, I’d move out.

In the early 1990’s hundreds of Polaroid photos were found scattered through the forest. They all contained disturbing or confusing images that got tongues wagging. Some of the photos showed a TV changing channels, others showed a woman lying on an unidentified metal object who was conscious but not smiling, others were indecipherable. Local authorities were given the photos but no one was identified and the pictures apparently disappeared soon after.