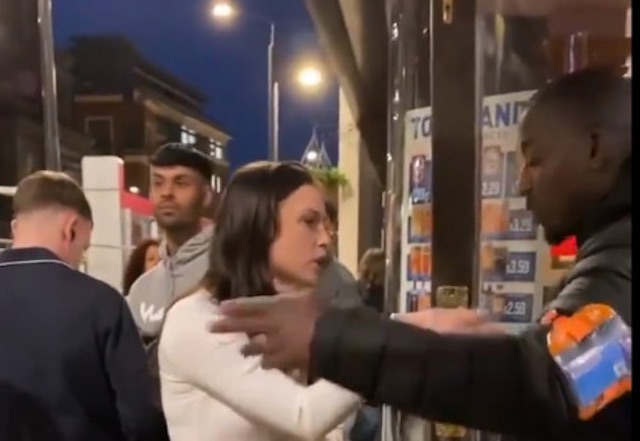 We were allowed back inside pubs for the first time since December or something over the weekend, so of course there are going to be a load of videos cropping up this week of people being absolute drunk idiots to bouncers and anyone else who gets in the middle of their session.

This one comes from Birmingham where a 24 year old woman was kicked out of The Figure Of Eight Wetherspoons pub, presumably for being too drunk. Obviously, she then decided to racially abuse the bouncer who had thrown her out and then spit on him.

Yeah you’ve gotta agree with him that that kind of behaviour really is unacceptable. Apparently the woman in question also kicked in the door and smashed it after the video was filmed so she really wasn’t backing down.

The woman allegedly handed herself voluntarily at the Worcester Police Staton yesterday for questioning after the video was viewed 5 million times on social media. Wetherspoons have already barred her from all their pubs and it looks as if she might be banned from all venues in the city centre too, as well as possibly lose her job too. She’ll also pretty much be always known as a grade A racist for the rest of her life as everyone has seen this video now. Probably wasn’t worth it, was it?

For more of the same, check out this bouncer making an unbelievably racist remark to a student. Goes both ways.