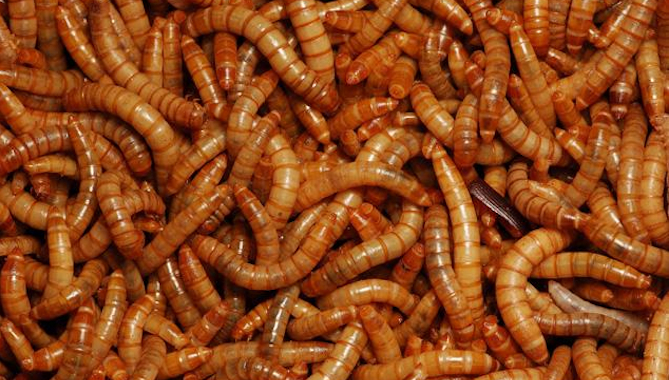 Another South American horror story courtesy of a woman who woke up with ten flesh eating maggots trapped in her ear. Ouch.

You always hear horror stories about people going to South America or some other exotic continent and getting bitten by something and then ending up having to have their leg amputated or something else completely awful happen to them, and you always think ‘man, I hope that doesn’t happen to me’ if I head over there. Anyway, most of the time you kind of assume it won’t anyway, because I mean that stuff never happens to you or anyone you know right? But sometimes it does.

Well, it’s time to add another really gross story from South America that you can hope (and assume will) never happen to you and this could be one of the grossest ones yet. Sure, it doesn’t end in an amputation or death which is absolutely horrific obviously, but it’s pretty disgusting to know that you’ve got flesh eating maggots living in your ear right? I think if I went to the doctor and got those results I would probably freak out and want to cut off my ear and probably that whole side of my head if that was possible. I definitely wouldn’t be able to do anything until I knew they were 100% completely removed anyway, that’s for sure.

The story goes that this girl – who goes by the name of Rochelle Harris and is 27 and had just got back from travelling around South America with her boyfriend – was complaining that she could feel sharp shooting pains down the side of her face and that she could also hear some gross crawling sounds like all the time. She woke up the next day and her pillow was completely soaked in fluid. GROSS huh?

She went to A & E in Derby – can’t really blame her for wanting to go to South America and be pretty much as far a way as possible from her home town huh? – and was referred to a ENT (ear nose and throat in case you don’t know) clinic where the doctors discovered a small hole in her ear canal and laid eyes on the maggots. Yuck.

Funnily for a 27 year old woman, Rochelle’s mother accompanied her to the hospital and was asking the doctor what the hell was going on when he was staring into her ear. The doctor said he didn’t want to tell her because it might be too distressing, but they both demanded to know so eventually he gave in and told them both that Rochelle had maggots crawling in her ear.

Obviously this news didn’t go down too well and Rochelle burst into tears instantly and states : ‘I was very scared – I wondered if they were in my brain. I thought to myself that this could be very, very serious.’ Er yeah no shit girlfriend – you got maggots crawling around in your head.

A brain scan revealed no lasting damage to important stuff in Rochelle’s head like her ear drum, facial nerves or blood vessels but the maggots had managed to chew a 12mm hole in her ear which sounds horrific. The doctors tried to drown them with olive oil but this didn’t work and eventually experts had to go into her ear somehow and remove them. I don’t know how the hell they managed to do this but it sounds pretty grim again. A total of ten maggots were eventually found in her ear and safely removed. 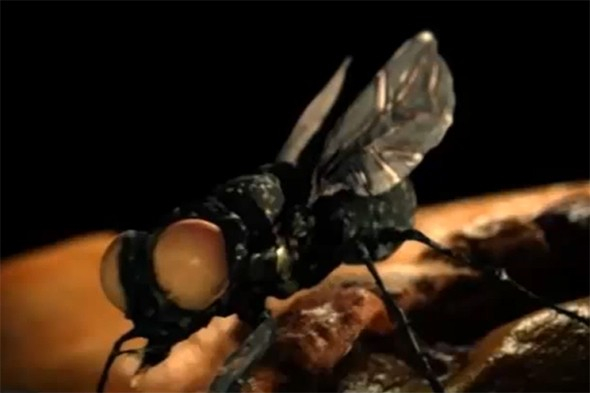 The maggots were sent for analysis at a lab and it was determined that they were the offspring of a New World screwworm fly that had managed to lay eggs in her ear when Rochelle had walked through a swarm of flies whist she had been in Peru. Again, this is completely gross and makes me not want to go anywhere near the jungle or any of that weird shit that goes on in South America when I head over there for the World Cup next year. No way.

Fortunately for Rochelle she is expected to make a full recovery and even says that she isn’t really that squeamish about bugs now that they’ve been inside her head. I guess she’s got a point but it’s still a pretty gross statement to come out with. It will probably make for an interesting ice breaker if she ever splits up with her boyfriend and has to start dating again though.

For the rest of us, it only serves as another reminder about everything that could go wrong when you go travelling. Still, it probably won’t happen to you or anyone you know so it isn’t that much to worry about, right?

Here’s a video interview with Rochelle describing her experience, courtesy of The Discovery Channel:

â˜› Think Maggots Was A Gross Thing To Have Stuck In Your Ear? Check Out What Was Living In This Woman’s Ear