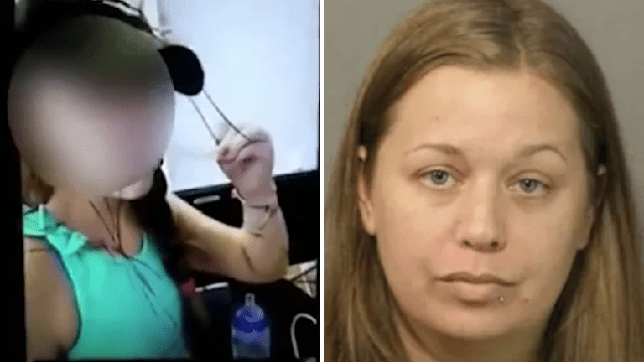 I didn’t think we were going to find anyone worse than the secret ice cream licker this week, but here we are.

A woman over in Florida (where else?) has been arrested after she filmed her daughter licking sterile medical equipment then putting it back.

Whenever we report on a story like this, we always ask who’s raising these monsters. Well now we know.

Cori E Ward, 30, has been charged with tampering with consumer products after police were notified of the video, which shows the unnamed teen taking tongue compressors out of a jar, licking them, then putting them back.

The horrifying clip was shared live on Snapchat with the caption:

Don’t tell me how to live my life.

Just in case you ever find yourself in that neck of the woods, the video was filmed at All About Kids and Families Medical Center in Jacksonville.

That’s not to say that the medical team didn’t clean up after finding out what the women had done – in fact, the doctors said they’ve binned the jar and have given the room a deep clean – but you never know. The ice cream licking was disgusting and yet it seems to have kickstarted some sort of a craze.

Ward said that the footage was only meant to be seen by friends and family, which honestly almost makes it worse. Imagine no one had ever found out and the doctor ended up using the gobby compressors on some poor patient.

She didn’t explain why they carried out the disgusting act and now she faces up to 30 years in prison, even more than the ice cream girl.

Tad extreme, but at the same time people need to realise that it’s repugnant and puts people’s health at risk.

Speaking of which, check out the guy who was filmed swilling mouthwash, spitting it into the bottle and putting it back on the shelf. Not. Cool.