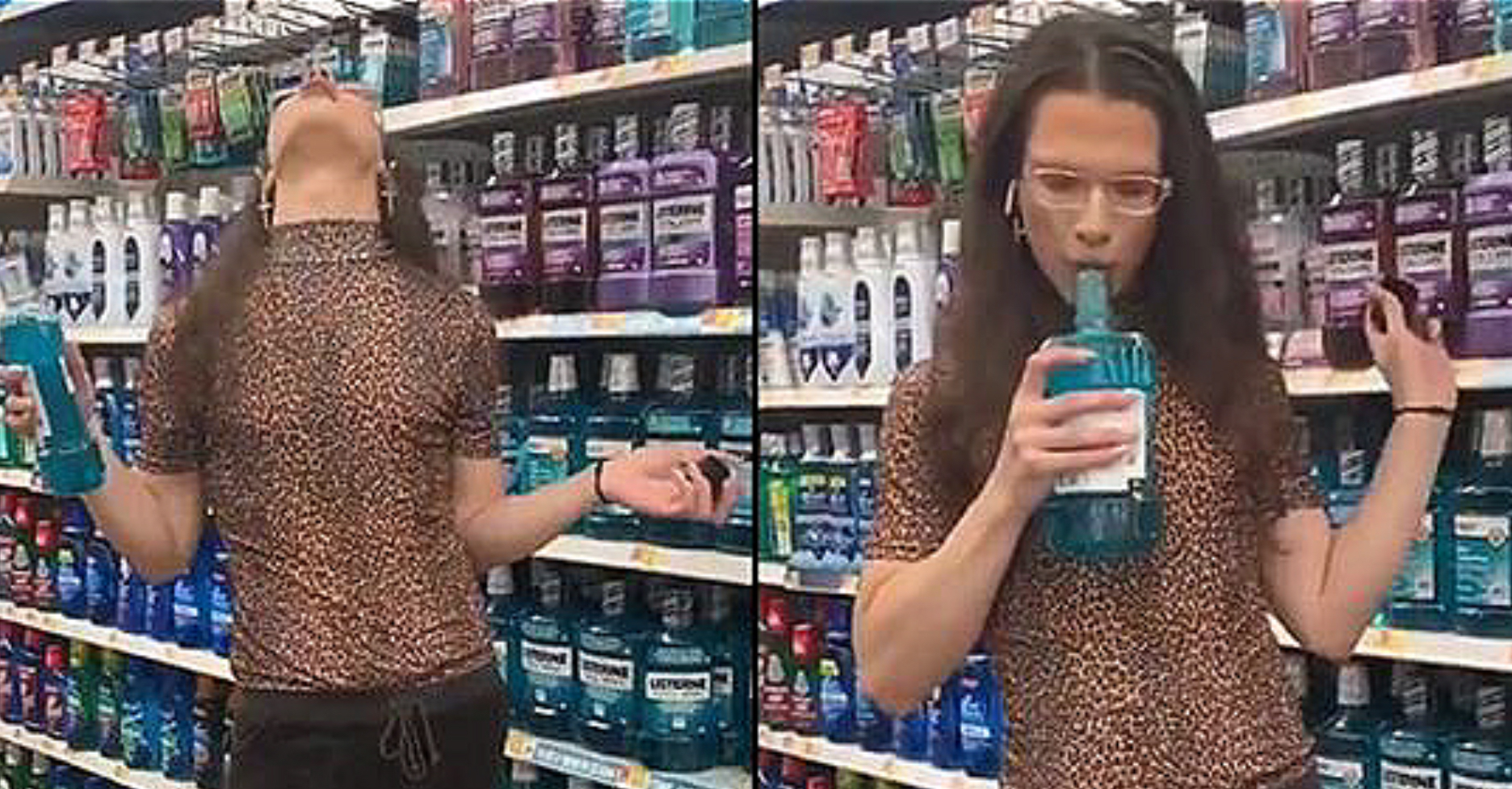 Remember that monster from the other day who picked up a tub of Ice Cream, licked it and then put it back in the supermarket freezer?

Since the video of her carrying out this horrific crime has gone viral, police have managed to identify the girl and she’s now facing up to 20 years in prison.

Now we can put this whole ordeal to rest and move on with our lives, right?…

WRONG! Although she’s been caught, another despicable monster has come out of the woodwork to disgust us with their terrible behaviour.

In a video that’s since gone viral, a Walmart shopper can be seen picking up a bottle of mouthwash, gargling a mouthful of it, spitting it back into the bottle then leaving it on the shelf.

As the uploader put it: “Honestly, who is raising these monsters?”

Viewers were understandably disgusted with the footage – here are a couple of the comments so far:

Take a look at this. I am disgusted!

They must not know that’s how the other girl got charged with a felony.

This is even worse than the ice cream stunt. This is a felony.

Some people are, understandably, saying that this video in particular is staged. But as the girl who posted it pointed out:

The important part isn’t whether they took the seal off before filming but what they did with the bottle after.

Yep, some poor sod might’ve picked up that bottle of Listerine assuming they were going to get the deepest clean. But no, instead all they got was a mouthful of backwash. Grimy.

The moral of the story is: don’t buy unsealed food. Now, back to the licky ice cream girl – to read more about the story, click HERE.