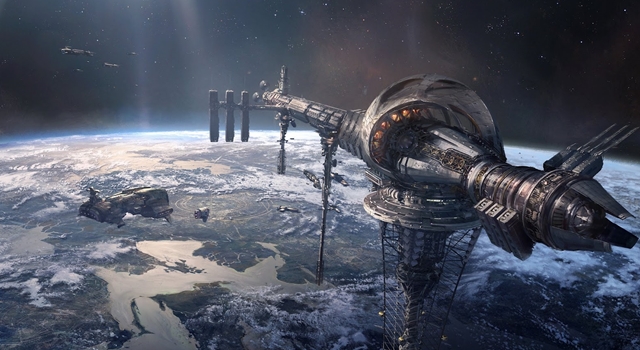 There are two floors on this lift: earth and space.

When I was contacted by the Sick Chirpse overlords asking me to write about an elevator that would take you into space I feared the worst. I thought they’d finally lunged over the border between weird and mentally ill. They’ve been getting me to write some weird stuff recently, e.g. octopus wrestling (FFS). “Hello?” I thought to myself “an elevator into space? These guys are losing their grip”. But after a short show and tell from Mr Google it turned out that they weren’t nuts and that space lifts aren’t actually as clinically insane as they sound.

Ever since the Biblical tower of Babel was built by Biblical idiots people have been fascinated with the idea of a lift ascending into the great black yonder. The first serious idea was penned by Konstantin Tsiolkovsky in 1895 and people are still considering various methods to this day. Shooting rockets into space is an expensive and risky business, so if you invent a way of getting things from earth into space via an elevator you’ll save yourself a lot of cash and be able to pop things into space with the greatest of ease. At the moment it costs around $25,000 per kg to get something into orbit with a rocket, with a space elevator it’s predicted that a kg would cost just $220. A marked reduction. 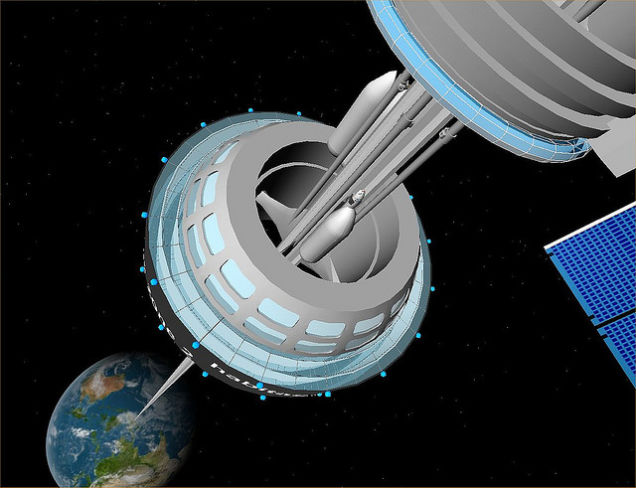 The main problem has always been finding a material that’s strong enough to remain in tact all the way up to the edge of the atmosphere but light enough so that it wouldn’t get crushed under its own weight. This stumbling block may be destroyed by the discovery/invention of carbon nanotubes (featured in the snazzy and hypnotic GIF below) and boron nitride nanotubes. But these materials are still in development and by no means a bargain to produce.

Early thoughts on space elevators and towers began with the idea of building them from the ground up, modern thinking has switched it round. The idea now is that you get a satellite up in space and then lower a tether down to the earth’s surface. Carbon nanotubes are strong enough, and if they could be built long enough, they might just fit the bill. Sci Fi greats including Arthur C. Clarke have all imagined such structures, but in a fantastical setting. Could they really be on the cards in the imminent future? 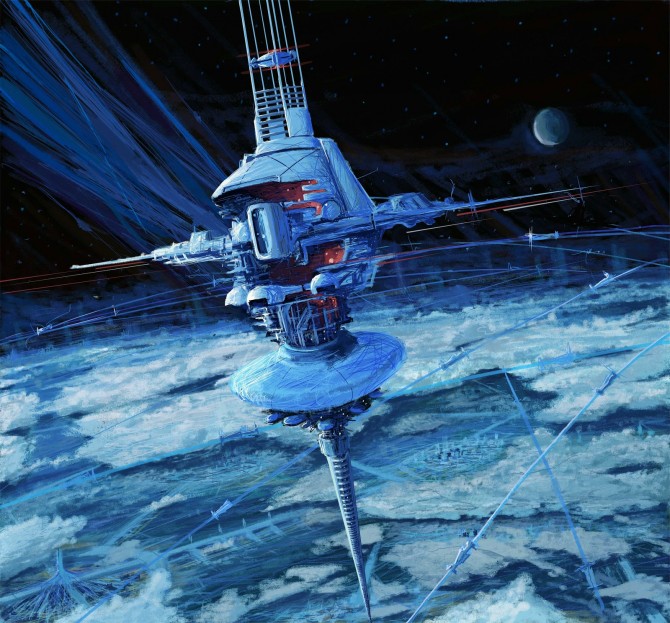 In 2012, the Obayashi Corporation, one of Japan’s top five construction companies, announced that by 2050 it could build a space elevator using carbon nanotubes. At 200 kilometers per hour, the design’s 30-passenger climber would be able to reach the geostationary orbit level after just 7.5 days. No cost estimates, finance plans, or other specifics were mentioned though which makes me think it was probably a publicity stunt. But then everything is a PR stunt these days so I can’t hold it against them.

Even Google X has lobbed their hat into the ring…

Related Items:babel, centrifugal, equations, future technology, gravity, how far away is space, is it possible to build a tower into space, lift into space, physics, space elevator, Tallest Building