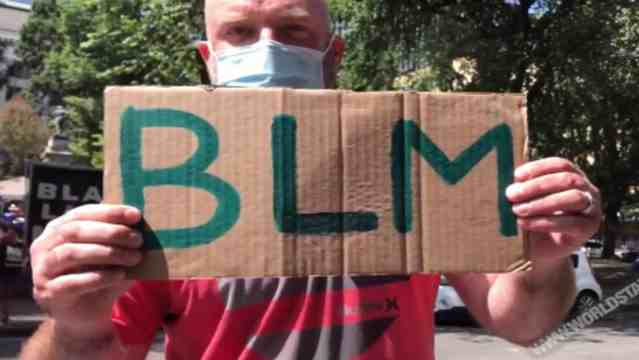 America is a weird place.

One of the weirder aspects of the BLM protests have been the number of white activists who consider themselves authorities on blackness, to the point where they’re casually dropping N-bombs on camera (before being shot dead) and, in one case, telling a black doctor that “I’m more black than you on the inside“. Yikes.

A fresh example of white BLM activists getting ideas above their station came when this man was confronted over saying the N-word, and then tried to justify it by saying he’s allowed to say it without the hard R at the end because… he listens to rap music? I’ll let him explain:

Yeah I’m not too sure that logic checks out TBH. Could be that this guy is a wigga who subconsciously thinks it’s “his word” and so he gets to say it because he forgets that he’s actually white? The best bit is how he tries to turn it around and imply that if you have a problem with him saying the N-word, you must be a racist Trump supporter. Some next level mental gymnastics going on there. What a weird, weird time to be a American right now.

The ultimate test of whether it’s OK for this guy to say the N-word would have been if he’d said it in front of a group of black BLM supporters, so I wish the guy filming had suggested that. Somehow I don’t think he’d have been very keen on the idea.

To watch a man holding a ‘F-ck BLM’ sign catch a beatdown after swinging at protesters, click HERE. What the hell was he thinking?