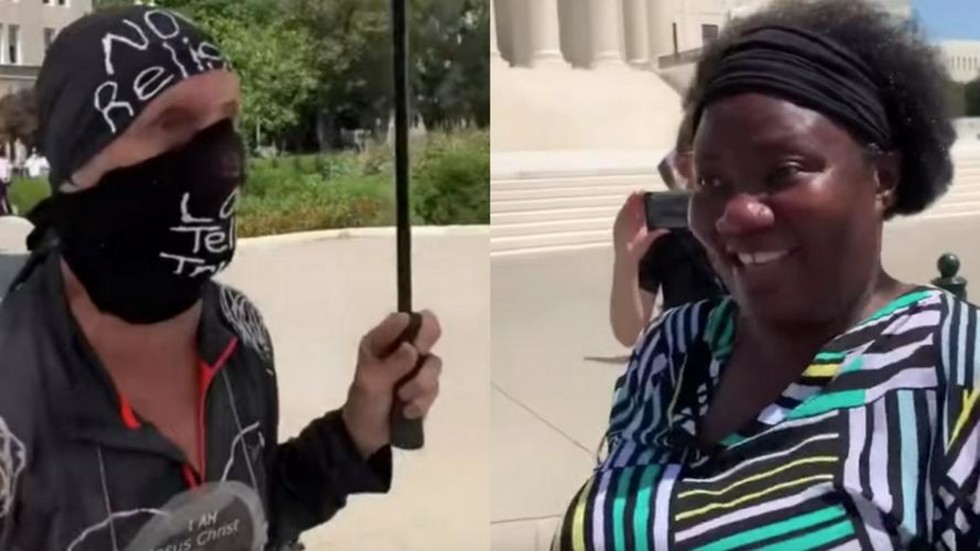 Just when we thought we’d seen and heard it all in 2020, here comes this clip from out of Washington, DC, showing a white Black Lives Matter activist telling an African-American woman that he’s more black than her on the inside.

The masked man was accusing Dr Stella Immanuel of ‘betraying Black Lives Matter’ on the steps of the Supreme Court:

Shows you just how insane the resistance has become pic.twitter.com/1Ps6MRzJ4D

Fair play to Stella for laughing the whole thing off and even fist-bumping the man before walking away. Unfortunately we don’t get to hear him explain how exactly Stella is a race traitor or less ‘black on the inside’ than him, but it’s probably got something to do with the fact that she’s part of a group called America’s Frontline Doctors, who claim that hydroxychloroquine (HCQ) is a coronavirus cure.

Whatever your thoughts on that, it’s incredibly lame for this guy to suggest that Stella’s opinion makes her less ‘black’. In fact I’m not even sure how skin colour comes into the HCQ debate. Sadly it looks as though neither extreme, on the left or right, is ready to treat people as individuals with the capacity of independent thought just yet.

For more dubious behaviour from ‘anti-racists’, watch a white man assault a black man for removing BLM signs outside his home. We live in strange times.