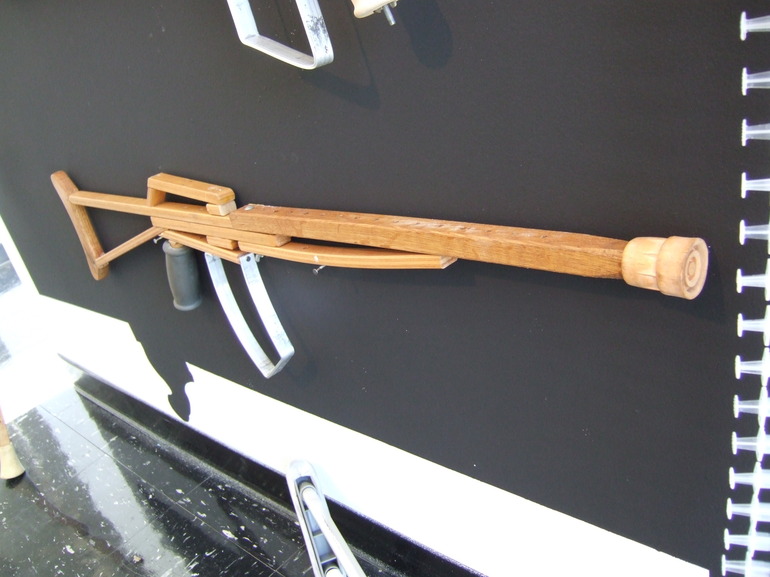 This weeks weird news round up includes a 6 stone tumour, a new exploding whale video and the unluckiest dog in the world. Oh, and aliens, obviously.

Here’s a short blast of a few of the weirder news stories from across the world-wide web of weird this week. This edition includes a 6 stone tumour, a brand new exploding whale video and the unluckiest dog in the world. Oh, and aliens, obviously.

In Thessaloniki, Greece this week a disabled fella manged to rob a bank with a gun hidden in one of his crutches. The 56-year-old assailant was eventually detained after he held up a bank for the second time using a weapon that was strapped to the inside of one of his walking aides.

His first attempt at a raid had failed because of a time delay on a safe. He remained undeterred and headed off to a second bank. This time he managed to escaped with about ten grands worth of Euros.

Apparently the guy is a local baker and didn’t think of the theft as stealing, he felt he was simply taking back the money he had lost thanks to the financial crisis. Good on you mate.