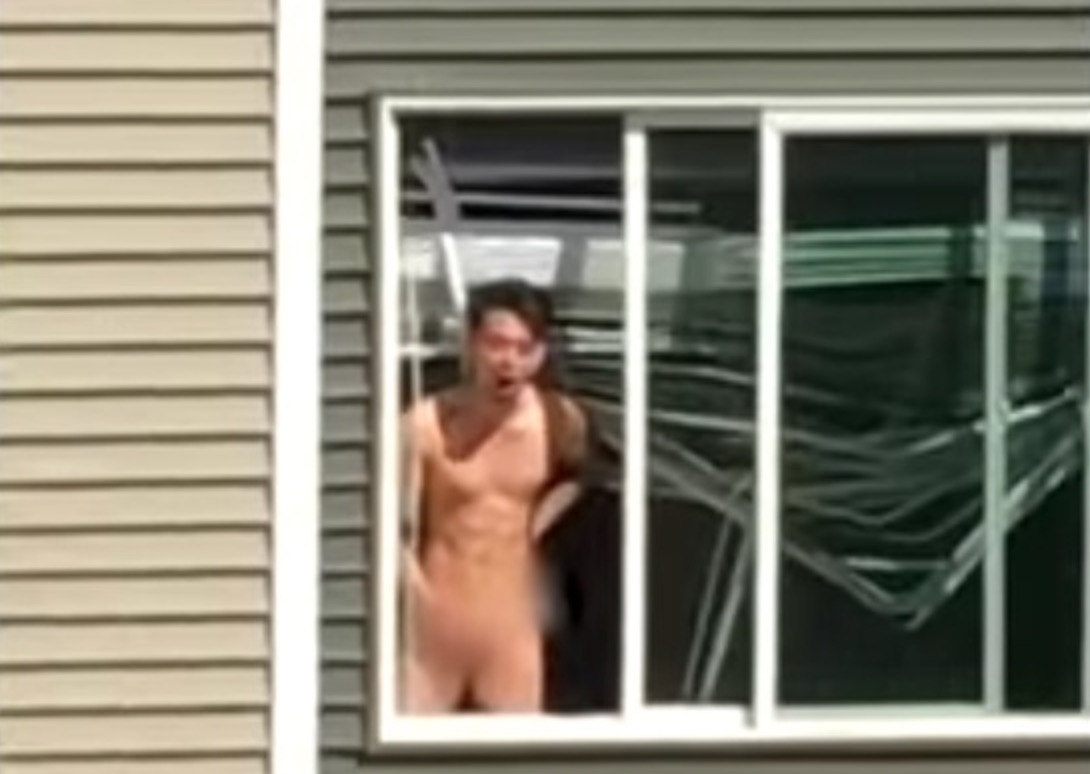 Every time I think that I’ve been really wasted and really embarrassing, I think of a video like the one below and realise that my behaviour is nowhere near as awful as some people out there in the world.

The video comes from Bellingham, Washington where it seems like some college kids were having a completely wild party the night before it was filmed. Unfortunately for one guy, everyone seems to have gone home and he’s been left there naked in his bedroom shouting out of his window and the cops have been called on him.

You would think that would encourage him to calm down, but instead he decides to start jerking off in front of them and telling them that he controls reality. The cops act accordingly:

Damn that guy was off his face eh? I dunno at what point you would ever think that it’s a good idea to not just do whatever the cops tell you to – especially in America – but at least for once they didn’t use lethal force. Although getting tagged with those rubber bullets looks like it would be all kind of painful, especially when you’re naked and as skinny as that guy.

Bet he’s gonna regret this when he wakes up tied up like a serial killer in the hospital. Just an idea.