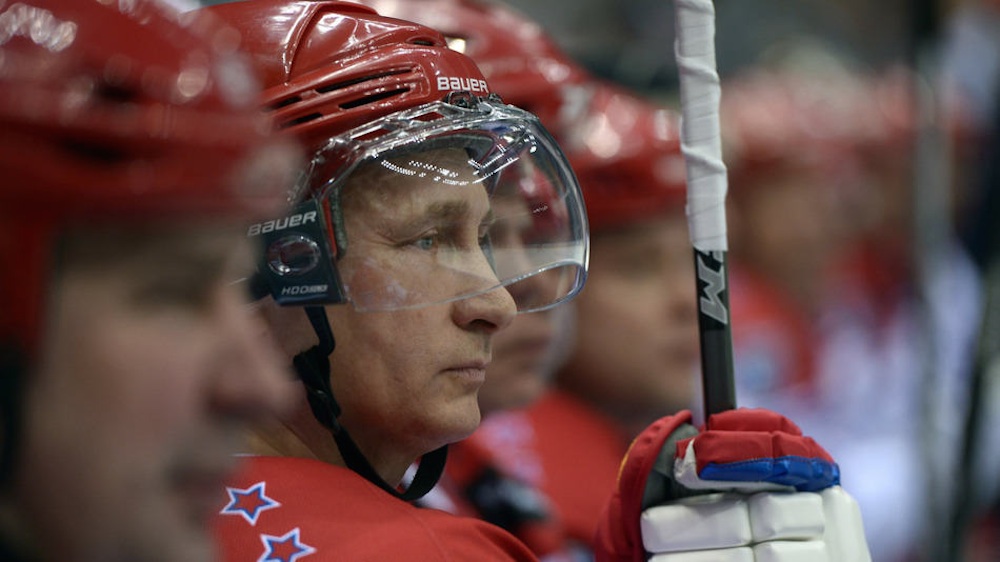 It’s well documented that Vladimir Putin is a complete and utter badass – just look at when he inspected a shipwreck in some kind of mini submarine, or when he showed up at the G20 summit with four warships – and it seems like he will stop at nothing to convince the world that he’s the most red blooded alpha male out there.

Next up on this campaign was to show everyone that he was completely sick at sport. Ice hockey is pretty huge over in Russia and is known as a tough guy sport so it made sense that Putin would pick this to excel in. The match was a Russian All Star match which was held to commemorate victory in World War II and it featured Putin as well as a bunch of former hockey greats like Pavel Bure. No, I don’t know who he is either but I’m assured that he’s kind of a big deal in the world of ice hockey.

Of course, Putin managed to outscore all of these former professionals and lead his team to a decisive 18 – 6 victory. He’s clearly one of the most talented and badass men in history and if doesn’t prove it then I really don’t know what else he can do. I’m sure it won’t be long until he’s done something even more outrageous like climb Mount Everest though – he really is that much of a winner.

Unless of course… things aren’t all that they seem to be.