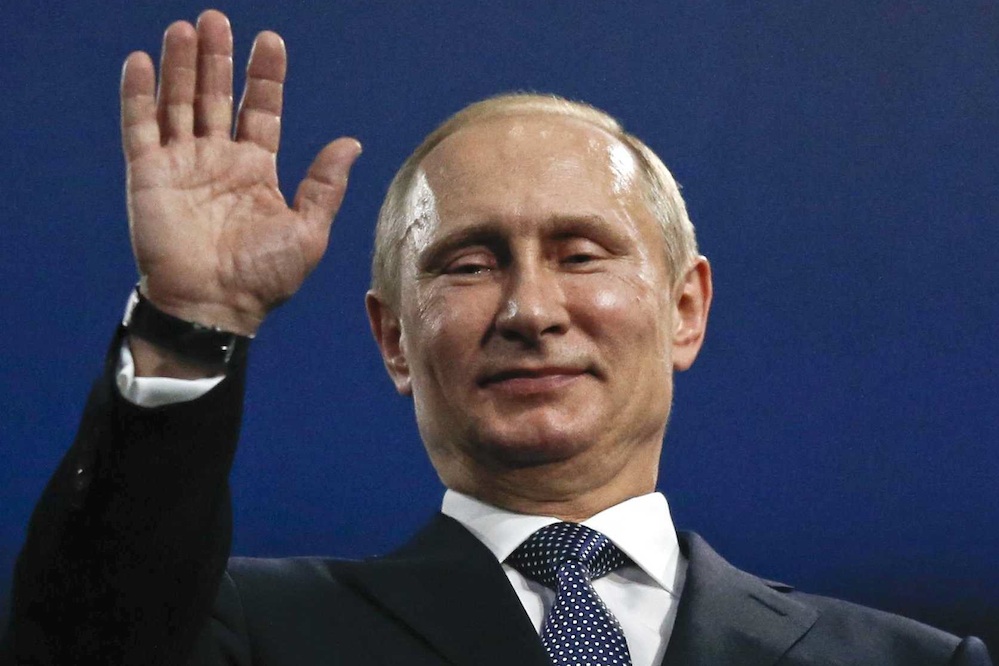 Putin has pretty much managed to maintain his power base in Russia by lying his ass off.

No matter who you are, or what your political opinions are, we can all agree on one thing: Vladimir Putin has made an exceptional career out of lying. It’s high time we forgot about the amount of power he actually possesses (arguably the most powerful man in the world) how many terrible things he has done, and how much of an arsehole he is, and concentrated on his remarkable talent for denying plainly obvious things.

In case you haven’t been watching the news for the last year, Russia has slowly but surely managed to steal a piece of Ukraine. Putin has actually gone out and decided that he fancies a piece of Ukraine, and then quietly just sliced off a healthy chunk for himself and relabeled it Russia.

What’s really astounding about the entire process is that Putin managed to completely deny any involvement, in any of it. He actually pulled it off. There were suddenly thousands of troops in Ukraine, dressed in Russian army uniform, claiming to be Russian soldiers, and Putin’s strategy was genuinely to just deny knowing anything about it.

What he said was that you can buy a military uniform from any shop, that these were ‘local support units’, and that their passports were probably fake – but let’s just re-cap quickly on what happened here. Over 10,000 troops turned up in Ukraine, in tanks, with Russian passports, and one of them is on film actually saying ‘I’m a Russian soldier’. Instead of hiring a PR team to deal with it, or figuring out some clever strategy for damage control, Putin’s plan of attack was to literally flat out lie about all of it. Even in the negotiations that happened afterwards, within which Russia were a major participant, their official stance was that they weren’t actually involved at all. 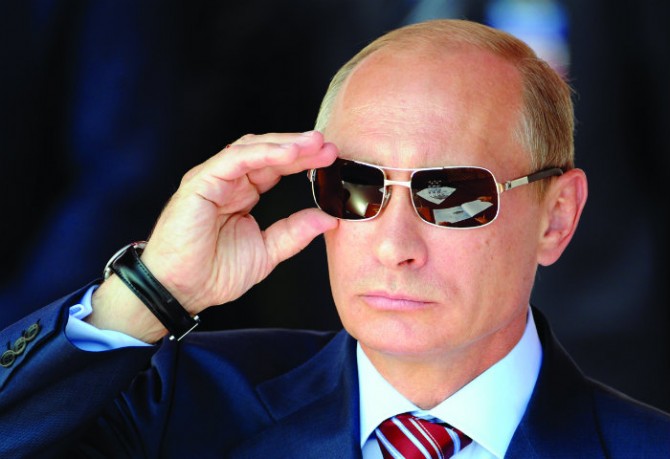 A short time afterwards, once Crimea was in Russia’s safe hands, Putin admitted the whole thing was him, but reassured the press that the new Russian troops in Eastern Ukraine actually weren’t his this time. Why change tactic when the old one works so well?

Let’s not forget that it’s not even really clear how Putin is still knocking about. In Russia, as in America, Presidents used to be only able to serve as President for two terms, lasting 4 years each. That’s 8 years. Putin served those 8, then served a couple as Prime Minister, and then changed the law so that he could become President again. He’s now been President for 12 years and is currently serving a six-year term. Oh, and every time he’s been elected there have been scandals about vote rigging.

Everyone: Putin, fancy stepping down for a bit maybe?

When not invading neighboring countries, or being the face of a new buttplug, Putin spends his time lying about his hobbies. Here’s a picture of Vladimir Putin riding a horse, topless: 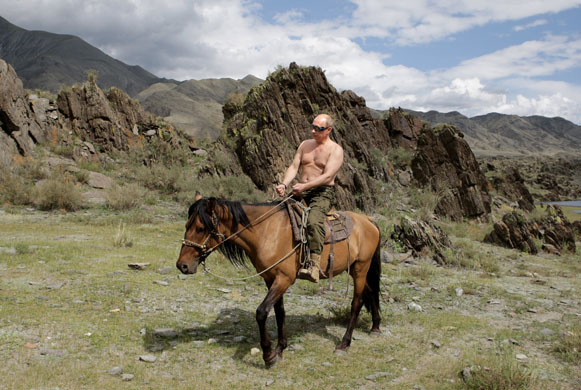 Here in the UK we all joke about how embarrassing it is that David Cameron pretends to be normal and videos himself washing the dishes; but big Vlad has gone out, taken his top off, donned a pair of sunglasses and jumped on the back of a horse. After a while you start to think who cares if he’s lying, the man knows what he’s doing.

The fact of the matter is that Putin is pretty much an evil man who has no concern for anyone else’s welfare or health, but his ability to lie about absolutely everything is to a certain extent quite admirable. Not only that, but worryingly I actually whole-heartedly believe that he caught this fish: 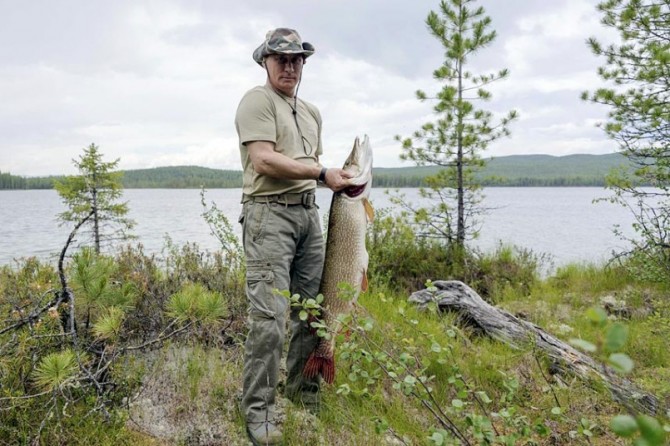 Oh Vlad, what will he do next. Maybe finally out Obama for being gay?