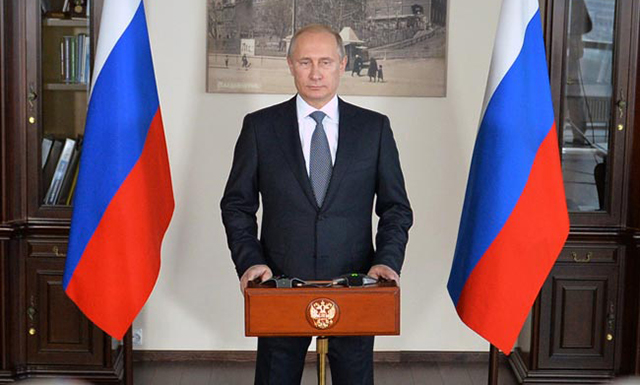 Power move to the max.

Vladimir Putin is making himself feel right at home at the G20 Summit in Australia today by showing up with a fleet of warships which he stationed off the country’s northeastern coast, which has properly wound up Australian Prime Minister Tony Abbott.

Abbott accused Russia of trying to reclaim the “lost glories” of the Soviet Union, and said the whole situation has now overshadowed the goal of keeping the summit between world leaders all about economic growth.

Abbott already has beef with Putin, having said he’d physically confront him over the Flight 17 disaster that killed 298 people, including 38 Australians. Abbott has sent three Australian warships to keep watch on Russia’s until Putin is gone. Just take a look at how these two are looking at each other – Putin just daring him to make the first move: 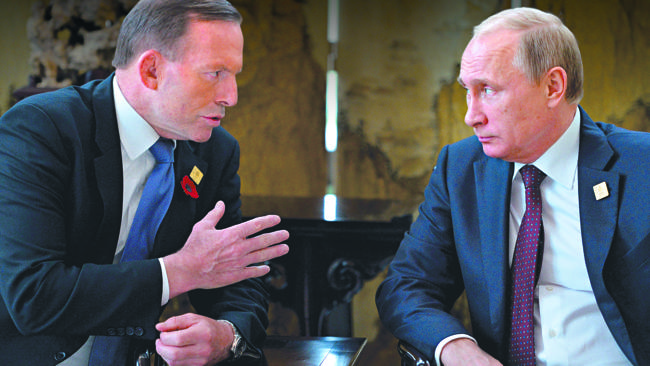 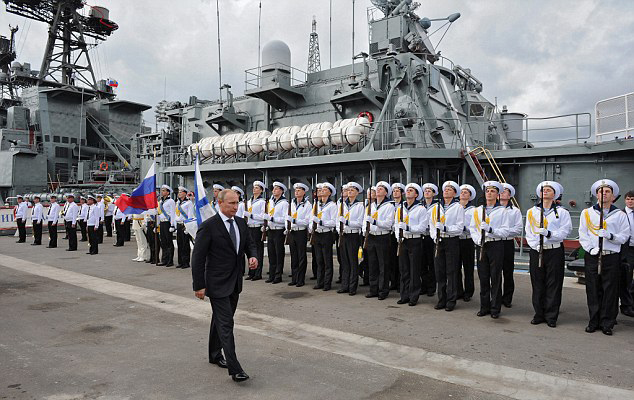 Putin insist that his warships were simply “testing their range”, whatever that means.

You have to think, knowing Putin’s history, that he’s done this  to troll Australia on some level. Tony Abbott has been talking shit about him for months (rightly so), and so what does Putin do on his next visit to Australia? He shows up ready for war, but acting cool as a cucumber.

Wonder what Obama showed up with? Definitely not a Vladimir Putin butt plug.