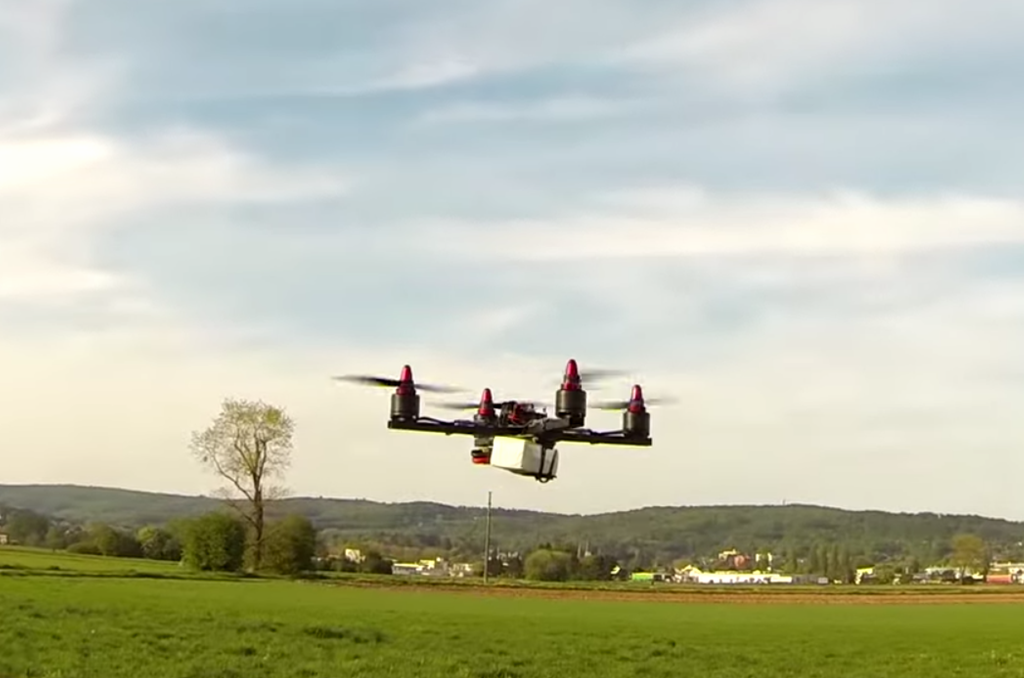 Can a quadcopter drone really travel this fast?

For some reason I’m a bit hooked on drone videos at the moment. Whether it’s drone footage of Chernobyl or simply a high-speed UFO encounter, I’m a sucker for it. The following clip is a case in point.

Obviously you can’t believe everything you see on the internet. People absolutely love making stuff up, and that’s OK, it keeps you on your toes. This footage of an ultra-fast drone has me a little bit stumped though. I mean, it’s so fast and flown so skillfully, but the video doesn’t look sped up. The cars in the background look like they’re travelling at about the right pace, but the drone is almost unbelievably swift.

YouTube user Quadmovr uploaded the video a few days ago and already has around 900,000 views, and judging by the YouTube comments no one else can work out whether it’s real or not either. Comments range from the subtle:

Are you people really calling someone stupid for mistaking a vague black spec that flies by in less than a second for a bird over a fly? It’s not on the screen very long at all and it’s not clear enough to really be to gauge how far away from the camera.
Oh,wait, I forgot I’m on the internet, where people overreact over literally almost nothing. Carry on.

So, that’s no help at all, you’ll have to make your own mind up I’m afraid:

The most intriguing thought for me is that if this is a real video made by a civilian, imagine what the military must be already capable of *gulp*.