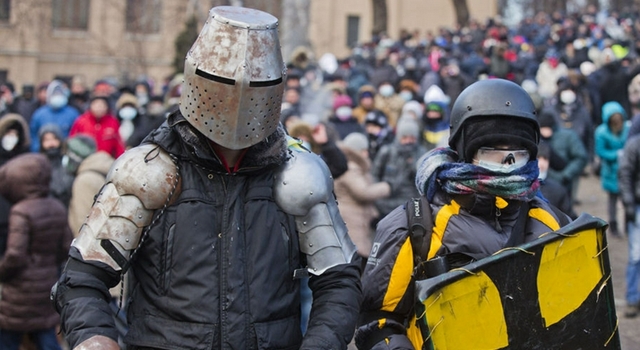 When your back’s against the wall and you need to fight for your life humans get resourceful. Here’s some incredible photos from the rioters’ front line in Kiev.

The uprising against the regime in the Ukraine has effected all strata of Kiev. Men, women and children, rich and poor are all involved. This battle with police has turned very nasty and it’s when the human mind is put under pressure that it thinks clearest. Survival is their only option so whatever they can fashion into a weapon, they will. 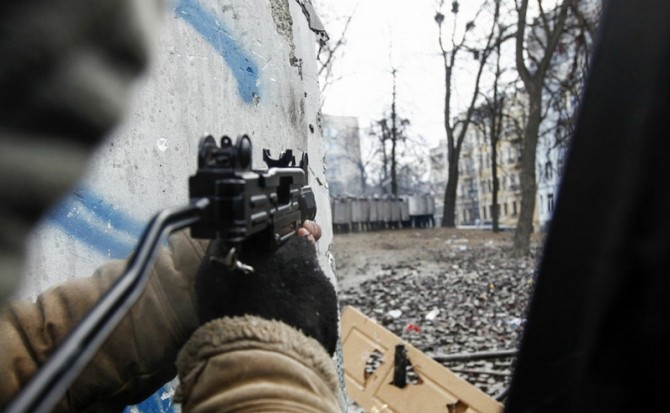 Apparently this is ammonia: 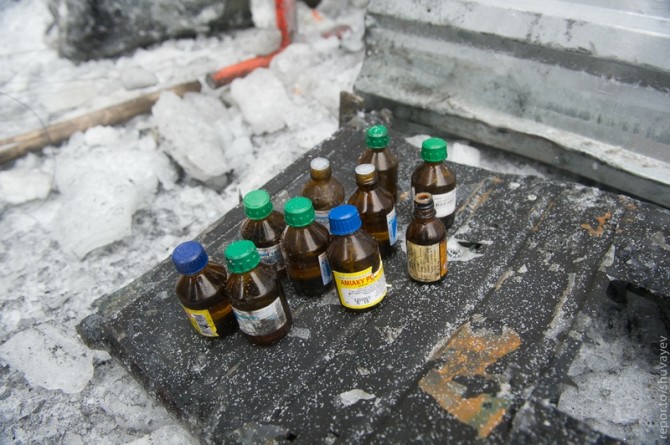 They put up these nets in an attempt to stop the police’s tear gas canisters. I guess the child’s potty is just an “F___ you” to the man. 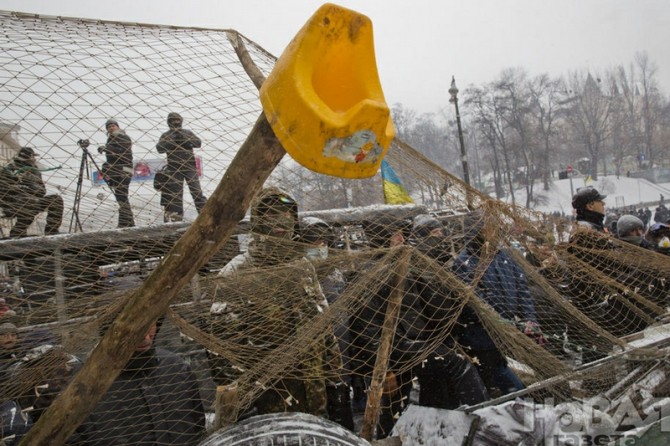 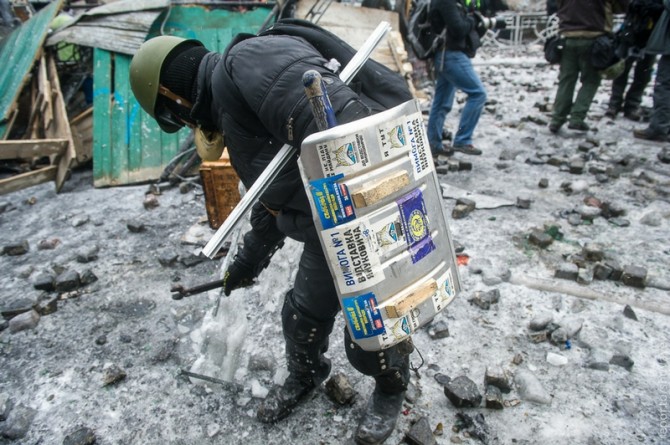 A lot of time during the day is spent putting up defensive barricades. The fighting and burning are mostly restricted to after dark. 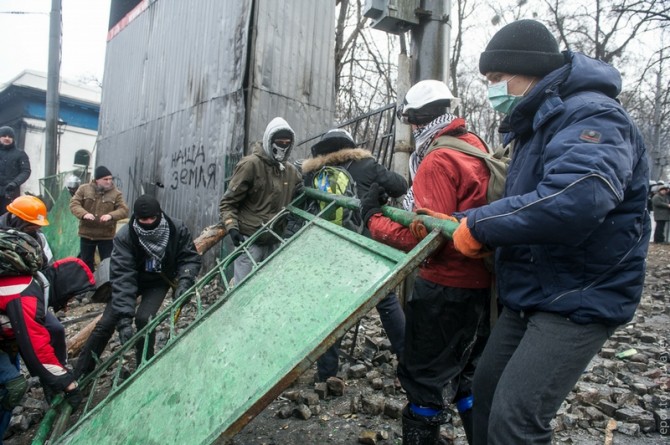 Anything and everything is utilised to bolster their positions: 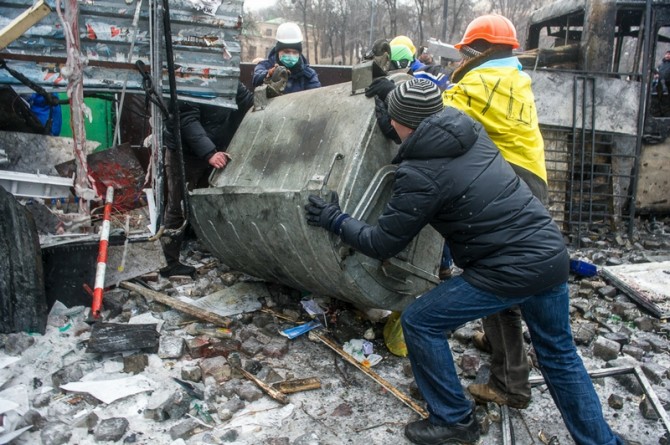 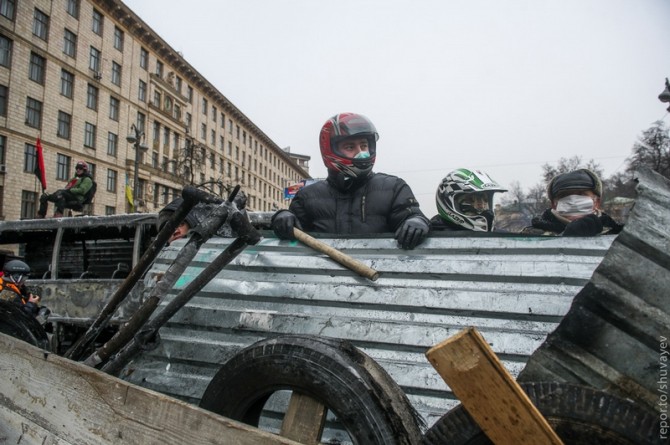