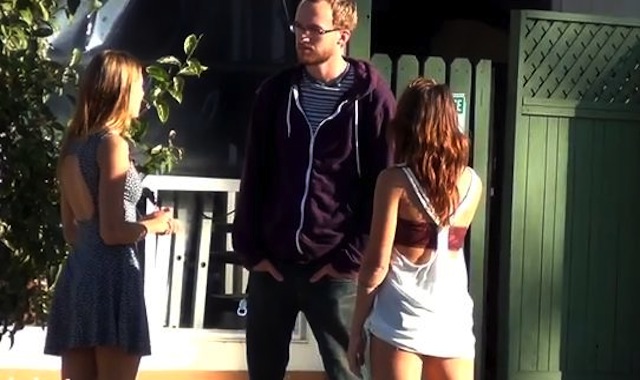 Two hotties go around asking guys and girls if they want to have some three-way-fun… how many of their victims do you reckon said yes?

From the people who brought you Asking 100 People For Sex and Couple Asks Strangers For Threesomes comes this new video in which two super hot girls go around asking both men and women if they want to engage in some three-way action.

As you’re supposed to refer to these things as ‘social experiments’ these days it’s fair to say these two girls totally proved that 99% of men would be willing to have sex with two smoking hot girls at the drop of a hat (the other 1% are just shy). What will these two hotties prove next? That the sky is blue? That grass is green?

â˜› Watch Next: Dude Pretends To Be Robert Lewadowski In America To Pick Up Next