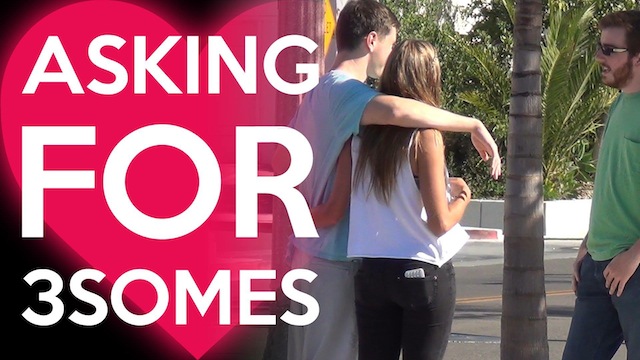 You may remember a previous article about people asking strangers for sex. Well the lovely people at Whatever are at it again, and they want you to bring a friend.

Next: Stag Do Kidnap Prank

The people at Whatever have gone in search of reactions to this proposal. I won’t ruin the overall score vis-Ã -vis men and woman saying yes, but it’s probably what you’d expect. You may remember another of their social experiments we posted not long ago titled “Asking 100 People For Sex? How Many Would Say Yes”.