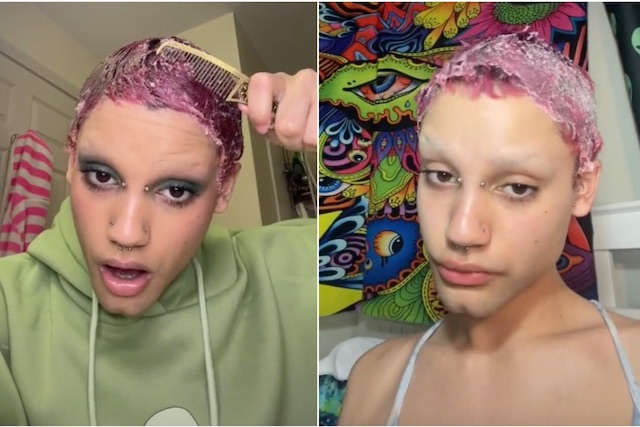 So here’s a little plot twist to end your week on: the stupid Gorilla Glue hanger on has managed to remove the stuff from her hair without the need for major surgery. How did she manage to do that?

You probably remember Avani Reyes from other scathing articles earlier this week where I ripped into her for jumping on one of the stupidest bandwagons ever in her quest for viral fame, but it turns out that she isn’t getting that all expenses paid tripped to LA to have some glamorous surgery like the original girl. Instead, she decided to put up a post explaining how she managed to get the stuff out just using coconut oil:

Good for her? However, some people aren’t happy with her after she started a GoFundMe to finance her trip to Los Angeles for the surgery. Obviously that isn’t necessary any more so people are asking for their money back, but it doesn’t look like she’s going to be giving it to them.

I know I’ve been ragging on Avani for trying to ride off the coattails of the original Gorilla Glue girl, but I guess you have to give it to her because she’s made a whole load of money from this project without really doing anything. Sure, it was a scam and everyone on the internet probably thinks that she’s a twat now, but is she really the type of person to care about that, especially when she’s sitting on thousands of dollars now? I don’t think so. Good for her (again)?

For more of the same, check out this guy who ended up sticking a cup to his face with Gorilla Glue. Moron.