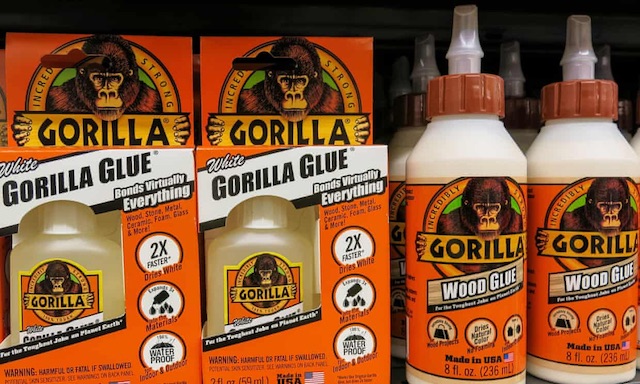 We haven’t actually posted at all about the Gorilla Glue girl here on Sick Chirpse as it sorta blew up over the weekend and we weren’t working and literally everyone in the world had seen it come Monday morning, but this follow up is just too dumb not to share with you guys.

In case you have actually been living under a rock, then the Gorilla Glue girl is a woman called Tessica Adams and she went viral after she used Gorilla Glue spray to set her hair and eventually had to have surgery on it to remove the adhesive because it was literally rock solid for weeks. What a stupid reason to get famous, but hey she kinda seems to be enjoying it despite her misfortune.

Anyway, whenever someone does something like this there are always a bunch of pricks out there saying that it didn’t actually happen and it’s fake – to be fair that would be an awesome marketing campaign from Gorilla Glue – and one man decided to try and prove that this was the case by showing how easy it would be to remove a cup that he had Gorilla Glued to his face. Problem was, it didn’t quite go according to plan:

LOL. That has to be one of the funniest Instagram reveals of all time. I almost wanna say that I hope that his lips do have to be removed during the surgery because he was such a smug prick about it all, but I wouldn’t wish having your lips removed on anyway so hopefully it works out for him.

Guess we all know that its wrong to doubt the strength and super adhesiveness of Gorilla Glue now hey? Unless it’s just another excellent marketing campaign from the people there, in which case they probably need a raise. Gorilla Glue stock must be through the roof right now.

For more of the same, check out when these guys superglued a pizza box to a guy’s head. That was hilarious.