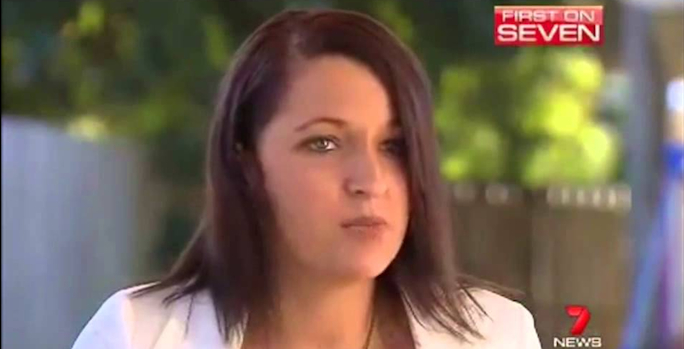 One Nation candidate Stephanie Banister proves she doesn’t know anything about politics in a recent TV interview, describing Islam as a country and claiming that Jews follow Jesus Christ.

This is some car crash television if ever I’ve seen it, and it will probably be remembered as one of the dumbest TV interviews in history. Basically over in Australia in Queensland somewhere this dumb idiot called Stephanie Banister was running for a seat in her local constituency on the One Nation party ticket, which I’m guessing is the Australian equivalent of the BNP only even more stupid given this interview.

I don’t know how this woman managed to get the nomination because everything she says in the interview is completely stupid, with the highlights probably being where she describes Islam as a country and also states that Judaism is a religion that follows Jesus Christ. There are about 10 other facts that she gets completely wrong during the two minute interview though which really begs the question: how can she be the best political candidate for this party? Oh yeah, because the party is a fucking joke. She doesn’t even know the names of her opponents in the election and it’s less than a month away. Laughable.

It’s also really great when it’s revealed during the interview that Stephanie is shortly going to be standing trial in the area for placing anti Islamic stickers stating ‘Beware Halal Food Funs Terrorism’ on Nestle items in her local Woolworths. Side note how does Woolworths still exist in Australia?

But I mean seriously how the hell does this woman exist? Does she actually think she’s going to get elected when people are reporting that she’s done something as stupid as that? Even if people do agree with her policies – which probably involve sending all Muslims back to Islam or something that is equally impossible/makes even less sense – does she not realise that her actions are 100% not the way to get elected?

Unsurprisingly following the interview going viral in Australia, Stephanie decided to withdraw from the race. She blamed the fact that she looked stupid in it on the way that the news network One Seven had edited her interview but I mean really if you’re going to say loads and loads of dumb things you’re gonna look stupid anyway, even if I probably would agree that One Seven did a pretty good job of maximising her stupidity with their presentation. All in all the whole process is awesome though because it means that there’s one less idiot that has a chance of getting elected.

Nick Griffin Got Kicked Off Twitter For Being A Homophobic Troll