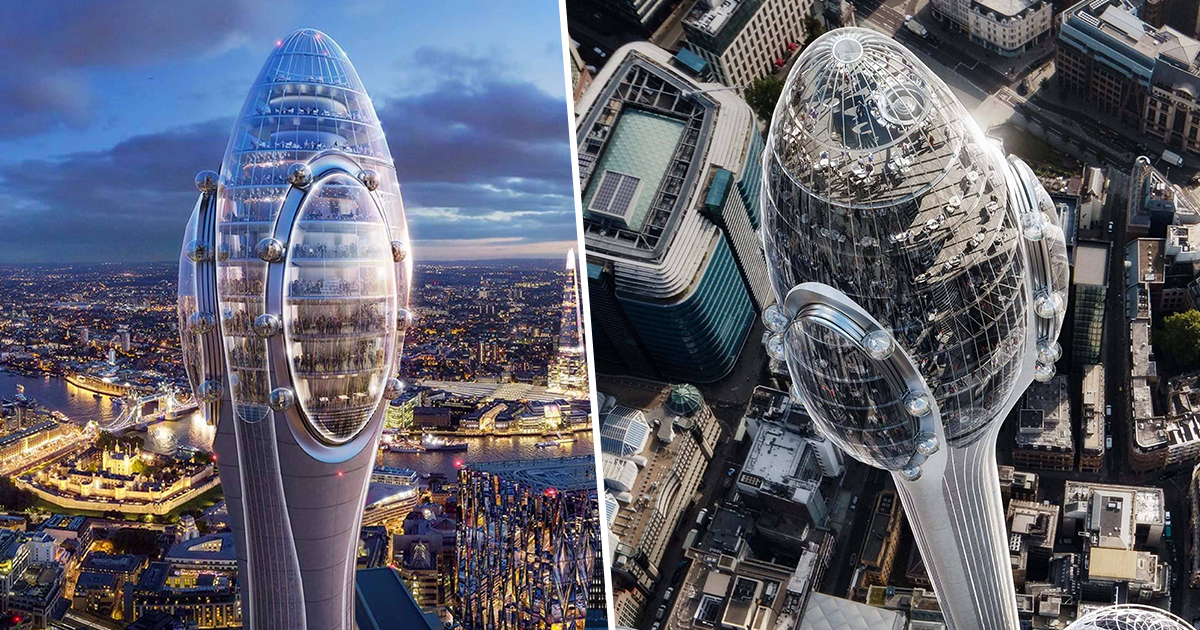 Sometime you’ve really gotta wonder what some people actually think they’re doing and how nobody has stopped them from pressing forward with their idiotic plans and this is one of those times yet again.

The J. Safra Group and architects Fosters And Partners have unveiled plans for a new building to enhance the London Skyline that they’re calling The Tulip because it apparently looks a bit like a Tulip. Sadly, Twitter users have instead picked up on the fact that it actually looks like a giant sperm and have decided to rip the piss out of it for that reason.

Here are a few of the best comments:

Since the tulip has been scrapped I want to remind everyone of the best and most penile of all the London planned skyscrapers: the green bird pic.twitter.com/4AmiyGMGXf

Billionaire Joseph Safra has won approval to build a 1,000-foot tower in the shape of a tulip next to the Gherkin in London https://t.co/AQbGHZjUxT via @luxury

Billionaire Joseph Safra has won approval to build a 1,000-foot tower in the shape of a tulip next to the Gherkin in London https://t.co/AQbGHZjUxT via @luxury

looking forward to absolutely no-one referring to the sperm as ‘the tulip’ https://t.co/0Q4siUvfRg

Very good. Sadly – or should that be fortunately? – it looks as if someone may have actually realised how dumb an idea this would be as Sadiq Khan rejected the plans for the building’s construction last July, arguing that it would damage the London skyline and diminish the authority of the Tower Of London. No shit.

There’s still a chance that it might end up succeeding in making London the laughing stock of the whole world thought as Fosters And Partners have appealed to the government planning inspector. He could take up to 12 months to make a decision and then if it is approved, the Sperm will be erected by 2025 at the latest. Can’t wait.

For more sperms, check out this guy who donates his super sperm to those in need. That’s the kind of sperm I wanna be seeing.