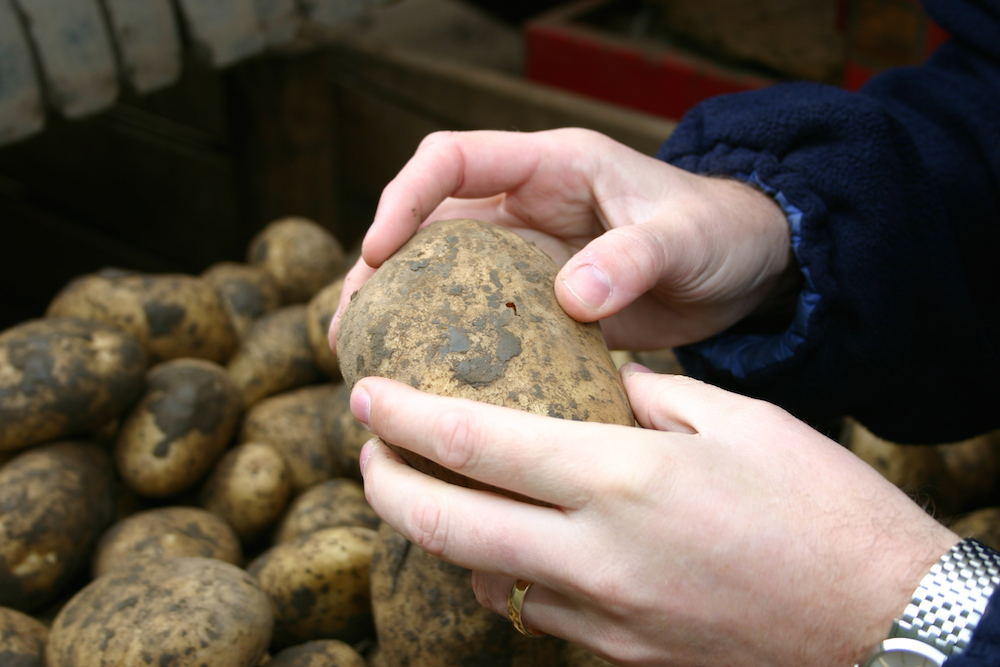 The kid is being charged with three counts of potato related violence.

An 18 year old kid in Scotland has been arrested after allegedly taking part in a number of drive by potato attacks in the Clydesdale area. No news if any of the potatoes were shaped like penises like these ones though.

These drive bys work just how you imagine they would – one person drives the car while the other throws potatoes out of the window – and although it does sound like a lot of fun, it’s also remarkably dangerous as two people who were injured in the attacks can testify. One woman – an NHS nurse – said that she felt like she had been shot when the potato connected with her (I hope reading ‘potato connected with her’ made you laugh as much as it did when I wrote it):

I’ve never heard of anything so ridiculous. In my line of work you hear a lot of crazy stories but this tops them. I was so shocked – it was terrible. I actually thought I had been shot by a BB gun but it was just a raw potato and a tub of coleslaw.

Quite. The coleslaw part is more understandable though – I mean who likes coleslaw? Although that story was harrowing enough, a 13 year old girl got it even worse after she was hit smack bang right in the kisser with a potato. 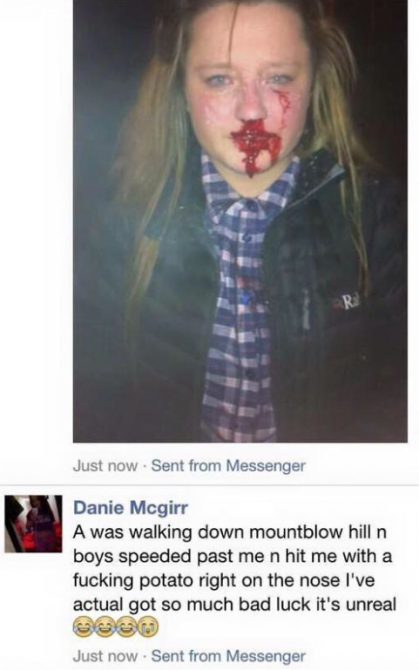 The kid is being charged with three counts of potato related violence and police have confirmed they’re close to tracking down a second man associated with the crimes. If you’re in Scotland, keep an eye out for potatoes until his capture has been confirmed.