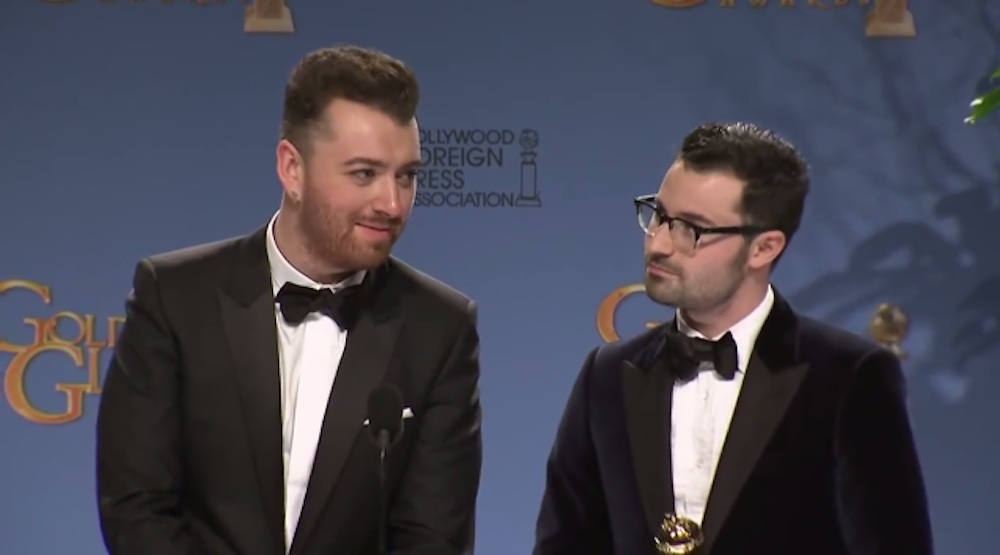 As many of you probably heard, Thom Yorke dropped a new Radiohead track on Christmas Day. It was scheduled to be the soundtrack to the new James Bond movie Spectre, but for whatever reason that honour ended up going to Sam Smith, effectively leaving the Radiohead song in limbo until Yorke decided to drop it out of nowhere.

Most of the world heard about this, because Radiohead releasing a song is a pretty big deal. One person who didn’t know about it though – and it doesn’t even sound like he knows who Radiohead are either – was Sam Smith, and he chose to absolutely ruthlessly shut down Thom and Radiohead when questioned about it in the aftermath of the Golden Globes. Check it out below:

Ouch. What a burn. He didn’t even bother to listen to Radiohead’s version because ‘he did the Spectre soundtrack’. Whilst that is true, you might think that he wouldn’t be such a twat about it and diss such a universally loved band as Radiohead.

And is it even that big a deal that he got to do the Spectre soundtrack? I mean I suppose it increases your exposure and you get a load of money for it, but is it really that cool? I suppose if you’re Sam Smith it is. Well guess what I haven’t seen Spectre and I haven’t heard his version either, whatever. Looks like I’m the winner.

In any case, Vin Diesel does a better version of Sam Smith’s ‘Stay With Me’ than he does, so maybe we should all remember that as well.