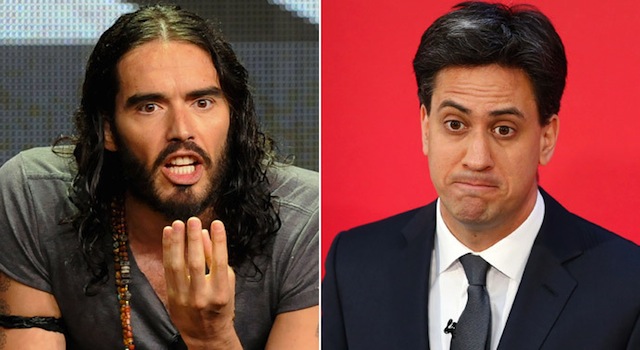 Whether you approve of it or not, like Fast and Furious 17, or climate change reducing our planet to a sizzled crumb, a Labour/SNP coalition seems almost inevitable. But it’s by no means a foregone conclusion. Despite the massively unpopular current Con/Dem government, Labour leader Ed Miliband has largely failed to inspire love in the withered, greying hearts of the (understandably cynical) electorate. He’s also been ridiculed for his awkward demeanour, whether it’s his soul-penetratingly sensual gaze to camera, or that time he looked like an extraterrestrial life form sent to Earth to impersonate a man eating a bacon sandwich.

Recently though, his reception seems to be evolving. He has an army of teenage girls supporting him using the #Milifandom hashtag. He bantered his way through an exchange with Boris Johnson, taunting “Don’t get rattled, Boris”. It’s almost as if he’s so insanely uncool that he’s cracked through the upper limits of uncoolness, crossed a mysterious threshold, and recently emerged from his chrysalis as cool in a kind of endearingly awkward, ironic way. He has gone from a Squirtle to (dare I say it) a heretofore unseen Blastoise of a man.

While he’s on a roll, and having already rattled one floppy-haired comedian in Boris, he’s decided to sit down for a chinwag with Russell Brand. David Cameron immediately attacked Miliband for the decision, saying he doesn’t ‘have time to hang out with Russell Brand’. Ahem:

Miliband and Brand go in over a few topics, including the importance of voting, the NHS, banking reform, tax evasion and corporate media ownership. By the end, Brand almost goes as far to give Miliband his endorsement, saying he feels Ed ‘understands the way the country feels at the moment’. But what d’ya reckon, loyal readers? Will a Russell Brand endorsement be enough to win Miliband the election? Isn’t it surreal that a former sex/drug addict and voice of a CGI easter bunny wields so much political influence? Do you reckon that the dynamic duo went in for a cheeky post-interview tantric sex romp? Leave your comments and check out the video below. Hopefully Miliband vs Brand will be enough to tide us over until Batman vs Superman next year.