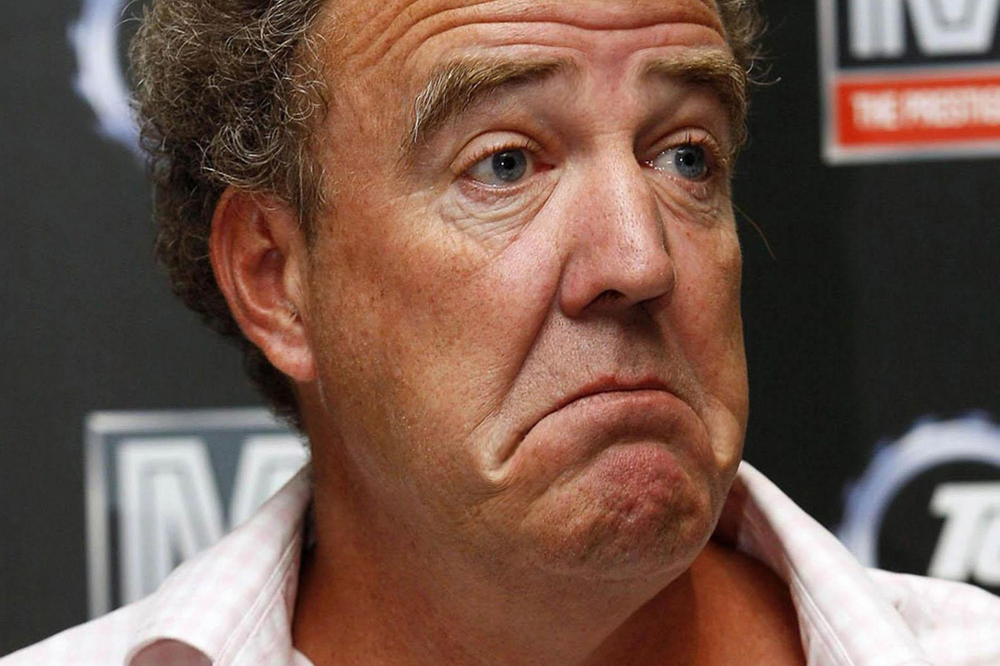 It was pretty hard to narrow this selection down from literally everybody in the world ever.

A star shined bright above the BBC studios back in 2002 as three not-so-wise men took to our screens to celebrate the birth of a televised automobile programme full of fast driving, fast cars, and driving cars really fast. Unfortunately for the petrolhead lads across the nation – thirteen years since the show’s initial airing – the ever beloved, foul-mouthed, car crash of a host Jeremy Clarkson got the sack for literally punching his producer over a steak dinner. After previous verbally insensitive comments over pretty much everyone that isn’t white and British, the actual physical assault of Oison Tymon was final straw for the BBC and even though a fuck load of your Dad’s mates signed that petition to get the human embodiment of a mid-life crisis back onto their screens, the big bosses decided it would be better for everyone if Clarkson’s work contract wasn’t renewed this time around. Saying that, they are still letting him do the live shows.

As you’ve probably seen all over your Facebook feeds since the announcement of his departure, every other news publication are inescapably churning out speculative lists on who they reckon could replace the disgraced presenter in the next series of Top Gear or whether the show has finally reached it’s natural end. Since the show is more about seeing three loveable baffoons live their friendship through the medium of vehicles and less to do with the premise of watching a load of cars we could never afford being driven as fast as they can and in the weirdest places possible, the vast majority of the new host suggestions that we’ve been hearing sound like they’d be absolutely diabolical and would probably result in all the die-hard fans leaving in droves.

Use the arrow buttons to navigate between slides as we tell you why each of the most popular replacement suggestions would completely suck. Obviously we had a few casting ideas of our own that we reckon would work way better, so we lobbed a couple of those into the mix too. 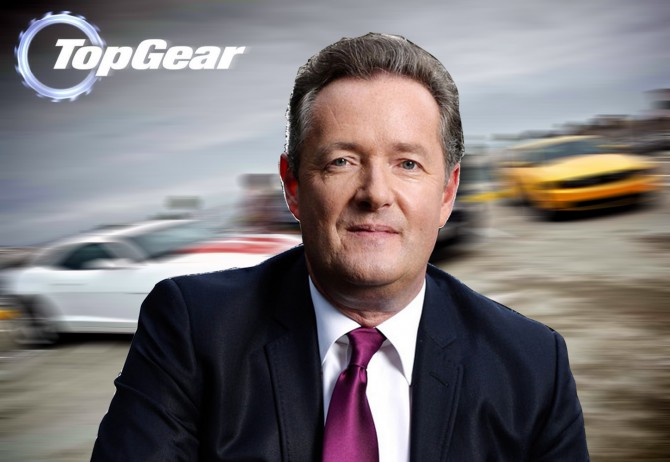 Hiring Piers Morgan as a new host would truly send Jeremy Clarkson spinning a hundred miles per hour in his career grave as the two have been arch-nemeses since the dawn of time. It would be akin to adopting a puppy to replace your dead cat or ordering from Hungry House when you usually use JustEat, but worse.

The long-standing hostilities towards each other arose back in the early 2000s after Piers Morgan – who was working for Daily Mirror at the time – essentially stalked Jeremy Clarkson in hopes of finding out that he was up to no good in order to write a bunch of articles and get him into shit. As it turns out, a load of pictures surfaced of Clarkson hitting on his producer Elaine Bedell so naturally Piers published the lot and got Clarkson into a load of trouble with his wife, the nation and the BBC. The two later crossed paths at the British Press Awards which resulted in Clarkson punching Morgan square in the face.

We reckon that if the job did for some ungodly reason go to Piers Morgan then he’d single handedly destroy the show from within purely to infuriate Clarkson even further, resulting in Top Gear to be removed from our TV screens forever (except for re-runs).

Use the arrow keys to navigate through the rest of the slides.