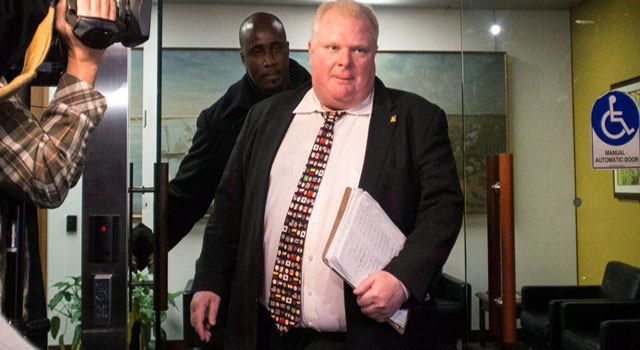 Rob Ford touched down in Chicago last week, but vanished at the airport without a trace. Where the hell is he?

I don’t know how much help we can realistically be considering he’s probably on the other side of the pond somewhere but regardless, if anyone out there spots a 5’10, 330 lbs crack smoking Toronto mayor make sure you get in touch with the Canadian authorities and let them know,

After fresh footage of Ford smoking crack with his dealer showed up the other week, Ford announced he was going to take some ‘time out’, and boarded a plane to Chicago. However once he landed, Ford reportedly “voluntarily withdrew his application to enter the USA”… and now nobody knows where he is. Is he in Chicago? Did he get on a plane back to Canada? Did he board a plane to somewhere else? Was he… kidnapped by the Illuminati? Gulp.

His brother, councillor Doug Ford, wouldn’t comment on his bro’s whereabouts but assured he’d spoken to him and that he’s “doing well”. He did confirm though that his brother didn’t step foot into Chicago.

Is something afoot here? Something doesn’t seem quite right. There’s just no way you can lose a man like Rob Ford; basically a living, breathing mountain of fun times and laughter. Guy like that doesn’t just vanish into thin air without anyone noticing. Not like he’s some inconspicuous little wallflower who’s going to sneak past you undetected.

One thing’s for sure — this would make a hell of a fun manhunt. Let’s just hope he’s not holed up in some crack house getting videotaped again, because that would be way too predictable. 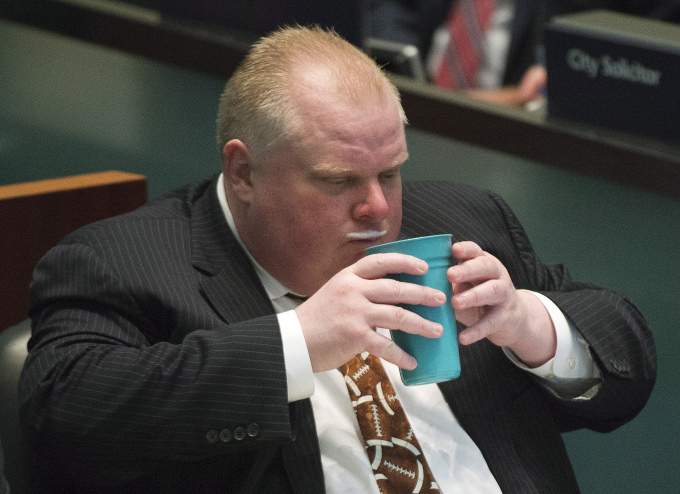 Rob Ford: A History Of Idiocy And Some Choice Quotations

Rob Ford Kicks Off Re-Election Campaign By Holding An Owl

Rob Ford Is An Absolute Beast In Front Of Goal

Rob Ford Smashed Off His Face Speaking In A Jamaican Accent