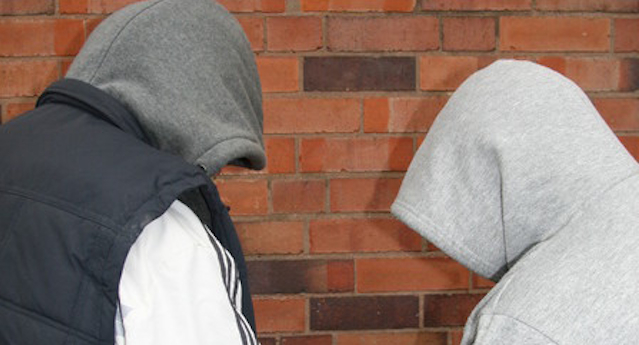 We covered Stinson Hunter and his anti paedophile vigilante movements on Monday, but it turns out there are more anti paedophile groups in the UK – and they don’t seem to like each other.

Following on from the article we wrote about Stinson Hunter – the UK vigilante who has successfully trapped a bunch of paedophiles by posing as young children online – we got emailed in a tip from a source explaining to us that there are a bunch of other paedophile catching groups in the UK and they don’t exactly get along with each other.

The problems mainly arose between Stinson Hunter and group called LetzGo, who have copied the tactics of Stinson Hunter and started making their own videos in which they track down paedophiles and expose them on the internet. However, things got a bit more serious with the LetzGo page when one of the people that they had exposed committed suicide.

The man was an engineer from Leicester named Gary Cleary who was approached by members of LetzGo in May for questioning but fled when he saw them. He was later arrested, questioned by police and bailed but was found hung in his garage four days later. Following this LetzGo publicly stated that they wouldn’t be changing their methods.

Now, the fact that Gary committed suicide obviously isn’t good for anyone, although if you’re a paedophile and you get exposed to the whole world this might seem like the only option – this is the only time I’ve ever heard of anything like this happening during these investigations though. The problem that Stinson Hunter and his posse have got with LetzGo though extends to the ways in which LetzGo were dealing with negative comments from the public on their site.

Two sisters –  Claire and Emma Harris –  messaged the LetzGo Facebook page in May after they had seen the footage of their interview with Gary Cleary online, condemning the tactics that the page used to root out paedophiles. Obviously this is a heated point of discussion but that isn’t what this article is about so we won’t go into that, we’ll just look at how LetzGo handled the situation.

Claire was blocked by the site and sent a message that pretty much accused her of being a paedophile herself. When Emma messaged the site, her Facebook profile and Twitter handle were shared on the site and its 11,000 followers were encouraged to ‘show her some love.’ Later her address was also posted on the LetzGo Twitter account alongside highly eloquent messages such as ‘U will feel the love that paedophiles get, because, by condoning their actions and condemning ours, you are equal!’ It was also suggested that the site would be conducting future hunts in her local area, although these weren’t directly aimed at her.

It seems as though there was a lot of to and fro-ing behind the scenes between the two and yesterday it all came to a head when both groups threatened to oust the other and reveal their true identities via Facebook. Obviously neither group wanted this to happen as their whole work is based upon anonymity, and as such LetzGo decided to shut down their Facebook page on Thursday at 1700 hours. You can see a screenshot of that on the next page.