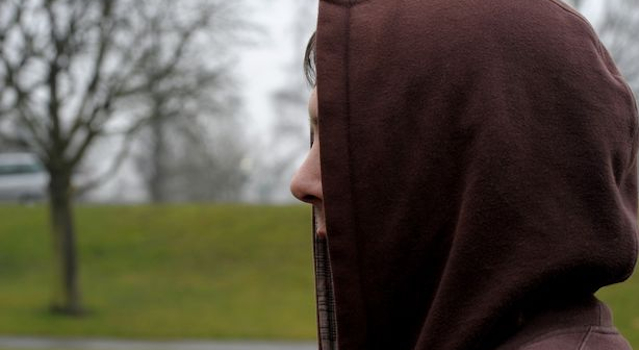 Stinson Hunter is an undercover UK journalist who tracks down paedophiles and then confronts them live on camera.

If you’re like me, then you probably enjoyed a show that was on FX over here a few years ago called To Catch A Predator. The basic premise was that this guy called Chris Hansen would pretty much entrap paedophiles by pretending to be a 14 year old girl on the internet and then getting them to come over, usually with some beers or weed or smokes or something even more incriminating.

Once the paedophile turned up, then Chris Hansen would interview him about just what he was doing in the house and make him squirm pretty horrifically until the cops showed up and arrested him. It was pretty voyeuristic and uncomfortable watching, but like most shows like that it was pretty interesting, enjoyable and addictive as well.

I’m not sure what happened to To Catch A Predator or if they’re making new episodes of it or not but a guy who refers to himself as the Stinson Hunter has taken up the mantle in the UK in the last year on YouTube and made a bunch of videos where he confronts men who believe they’re meeting underage boys or girls for sex. He uses pretty much exactly the same method as To Catch A Predator in that he poses online in a chat room as a underage boy or girl and waits for a potential paedophile to start grooming him until they invite them to meet him. That’s when he turns the cameras on and goes and confronts them.

As with To Catch A Predator it’s pretty uncomfortable watching these paedophiles squirm – especially when you see ones like the ‘Hinckley Man Caught Having Sexual Chats With 14 Year Old Boy’ below who realises he’s lost everything and immediately phones his wife on camera and is told to move out – but then you remember that they’re paedophiles and they’ve tried to have sex with young, innocent and naive children and you kind of realise that they deserve everything they’re getting.

Stinson Hunter himself has stated that he’s passed the videos and evidence onto police and has been involved in several arrests, so the work that he’s doing is useful and not just for the media as it potentially keeps children from being abused and gets these paedophiles off the streets and out of the chat rooms. It’s actually surprising how many of these people exist in society and how they all seem like relatively normal people when you hear about their lives and professions. I guess that’s the point of what the Stinson Hunter is doing though – raising awareness of what a problem paedophilia is and continues to be within the country.

Police have warned that they don’t appreciate his vigilante actions – mainly because one of his suspects ran him over and broke both of his ankles rather than confronting him – but I doubt that they’re not secretly excited when a guy brings them all the evidence they need to get guys like this off the street.