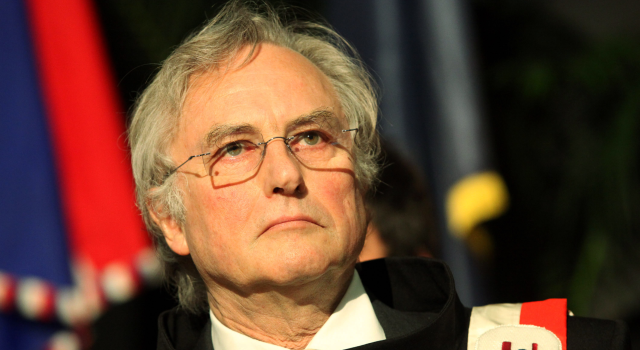 Jobsworths awaken the rage of the famed atheist, who in turn hails the achievements of a dead person.

You would be forgiven for thinking the above headline was concocted by a satirical website or some sort of word generator but I am delighted to inform you that it is not. Osama Bin Laden was shot dead by US Navy SEALs in Pakistan in May 2011 but as far as spirited atheist Richard Dawkins is concerned, he has claimed a final grim victory from beyond the grave. It all started when the following tweet appeared on November 3rd:

Bin Laden has won, in airports of the world every day. I had a little jar of honey, now thrown away by rule-bound dundridges. STUPID waste.

Apparently Richard was at the airport when he had a small jar of honey confiscated as it didn’t meet with the standard rules for carrying any type of liquid on board an aircraft. Rules are rules, but not if you’re Richard Dawkins! Rather than transfer his honey to a 100ml container or check it securely in his luggage like any normal person would, he decided to try his luck. But luck was not on his side and his beloved condiment went bye-bye;

Of course I know the airport security rules. My point is those rules are stupid advertising displays of dundridge zeal. Bin Laden has won.

I always thought that Bin Laden’s ultimate goal was global jihad rather than pedantic security procedures at airports, but I could be wrong.  A good proportion of the Twittersphere saw the inherent farce in linking honey-confiscation to a terrorist leader who has been dead for over two years and proceeded to poke fun at Professor Dawkins, who failed to see the funny side of it;

Are you carpers really too thick to see the difference between a matter of general principle and a petty concern with a single jar of honey?

The war of words continued apace, and Richard started to get REALLY cross, showering contempt and righteous hellfire down upon the Twittersphere like the vengeful God of The Old Testament;

Do you idiots seriously think I give a damn about my stupid honey? It's the PRINCIPLE I care about. Get it? Principle, not honey, principle.

â˜› Read This Next: Richard Dawkins Pisses People Off (Again)

Note a recurring theme in Dawkin’s language, which is scornful disdian for anyone he perceives as less intelligent than him. There is also an amusing moment when, having EMPHASISED his words on Twitter, he takes umbrage with someone else doing the same thing in real life;

"Ladies and gentlemen we DO recommend that whilst you ARE seated you DO keep your seat belt fastened." What are the emphasised words for?

Oh and Richard, not sure if you knew this or not but Bin Laden isn’t running al-Qaeda anymore. The current leader is Ayman al-Zawahiri, though I’m not sure what his stance on honey is.

â˜› Read This Next: Al-Qaeda Vs The Internet