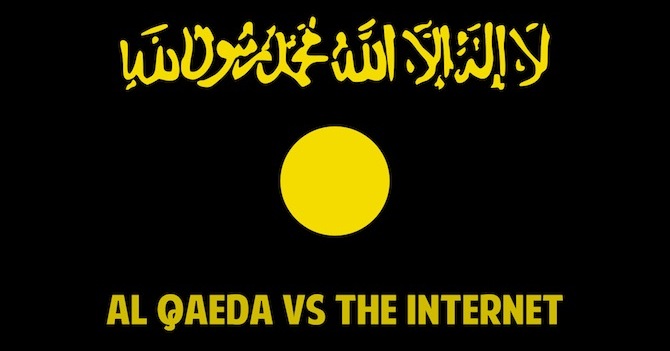 In the wake of another terror attack, it’s important that we all appreciate that the way to battle extremism is with education and communication, and the greatest possible tool for that is right at your fingertips. 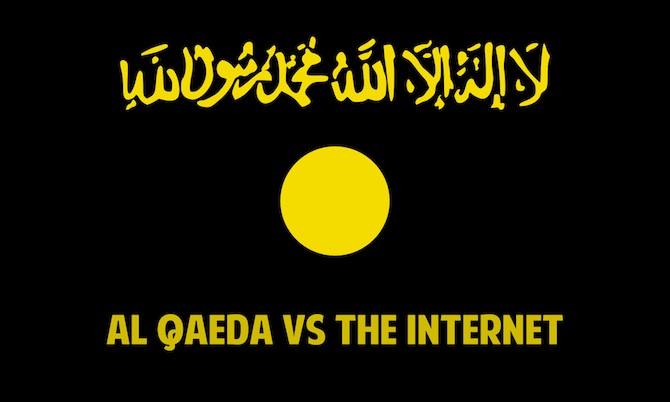 Josef Stalin once said that one death is a tragedy, but a million deaths is merely a statistic. Hard-hearted as the sentiment is, it carries the ring of truth, and it’s probably why the London machete attack yesterday seemed so shocking. We can’t fully comprehend the horror of, say, three thousand people being killed in the twin towers, but we can empathise with the horror of a lone, innocent, unarmed bystander being hacked to death.

In terms of the over-arching master plan of Islamofascist supremacy, it’s hard to understand how two armed, brainwashed cretins murdering an unsuspecting passerby is going to advance the agenda. In actual fact, they’ve served to highlight the simple fact that terrorism will never win out. In fact, it’s already in its death throes.

The biggest reason is literally right in front of you. We live in an age when information is freely available; a million thoughts and images and messages buzz through the ether every single instant of every day, and almost every single person has access to them.

By contrast, brainwashing of the kind used to convince people to kill in the name of a deity (or, indeed, brainwashing of any kind) is reliant upon the idea that the person being indoctrinated will not be able to question or think for themselves. This is next to impossible in western society – thirty seconds on Youtube will pull up literally thousands of videos debating almost any point you care to make – and is becoming less and less plausible in other societies, too.

Brainwashing young recruits into joining your Jihad might be doable when you’re all stuck up a mountain in Afghanistan, but it gets exponentially harder the more likely your potential inductee is to come across a copy of “God is Not Great,” or Richard Dawkins’ Twitter feed, or the James Randi Educational Foundation. Whilst people ARE still clearly susceptible to brainwashing, the tide of information and education is so clearly against totalitarian doctrines in general that resistance on their part is, ironically, futile.

Aside from the fact that the spell of fundamentalism is in danger of being broken at any given moment by a quick Google search for alternative viewpoints, society is bound to ultimately overcome terrorism through sheer numbers. Islamic terrorism in particular is fond of suicide bombing as a tactic, and even a child can understand that, when hugely outnumbered by your “enemy,” blowing up your own men is never going to be a smart tactic.

When “stupid Irishman” jokes were in vogue thirty years ago, the IRA were the dominant terrorist threat to the UK, and even the supposedly thick paddies still knew how to rig up an explosive that wasn’t glued to their own chest. The fact that Al Qaeda and co. haven’t yet managed to figure out how to set of a bomb without someone being there in person to press the button doesn’t exactly bode well for their chances of outlasting the 99.99% of society that is tolerant and peaceful.

Of course, the people behind suicide bombers are the real problem – some idiot who thinks pulling the ripcord will get him seventy virgins is probably more likely to be killed looking the wrong way when crossing the road than by his own supposedly glorious martyrdom – but once again, the “brains” behind terrorism are at the mercy of information. It doesn’t take much to see that the Imams and clerics behind fundamentalist Islam are full of shit.

“It may be that Allah will bring about love between you and those of them with whom you are now at enmity… Allah forbids you not respecting those who have not fought against you on account of your religion, and who have not driven you out from your homes, that you be kind to them and deal equitably with them; surely, Allah loves those who are equitable.” – Holy Qur’an, 60:8-9

Anyone who looks at Islam with an enquiring mind will note that at no point does it say “blow up everyone who disagrees with us,” any more than any smart person will notice that Jesus never said “thou shalt forbid yon two queers from getting hitched, and verily, picket funerals.” Once again, enquiry and thought and education will render radicals and zealots of any stripe powerless and expose them for the deluded manipulators that they are.

Finally, and somewhat in contrast to the power of information and technology, stands the basic power of humanity.

It’s very easy to hate someone you don’t know. It’s easy to define someone as “the enemy” when they remain a faceless concept or an unknown other. In an increasingly global society, however, prejudice and blind hatred are increasingly difficult. People who have never met anyone of a different race can manage racism without any effort; it gets a lot harder when you meet someone with a different melanin quotient and realise that actually, they’re just another person, like anyone else.

In this regard, we once again see how radical terrorism can only function in a bubble, and that the best way to burst that bubble is to communicate. Sure, internet communication is a mixed bag – sometimes it seems like everyone on the internet is only here to bitch about or insult things, or else sell you dick growth pills – but for every angry, illiterate Youtube commenter there’s a person on the other side of the world who’s actually worth talking to. The walls are coming down thanks to technology, be they societal, sexual, geographical or religious. We’re all getting to know each other, and it’s a great step forward in the fight against intolerance.

Yes, there are some terrible things happening, and no, they won’t stop overnight. We stand on the brink of an astonishing new world of knowledge and information and communication, one that can change all of us for the better. One that can help every one of us see the errors of our ways if we’re brave enough to let it. We are rightly appalled by the actions of a few lone, crazed people, but in the grand scheme of things we should pity them as fools who will never understand how wrong they are, and how much they will never understand.

The revolution has already begun; if you’re reading this online, you’re a part of it. Make no mistake, for all the news stories about Google and Apple dodging tax, their products can still be an immense force for good. However you’re reading this, be it on a computer, a tablet or a phone, the simple fact is the same:tThis machine kills fascists.

One day, within our lifetimes, the march of progress and knowledge will stamp out the sort of ill-informed hatred and radicalism that led to the horrendous attacks in London, and it won’t be a tragedy. It won’t even be a statistic. By the time it happens, it’ll barely even be a footnote.

â˜› Something A Little Less Heavy? Zach Galifianakis Is A Really Nice Guy