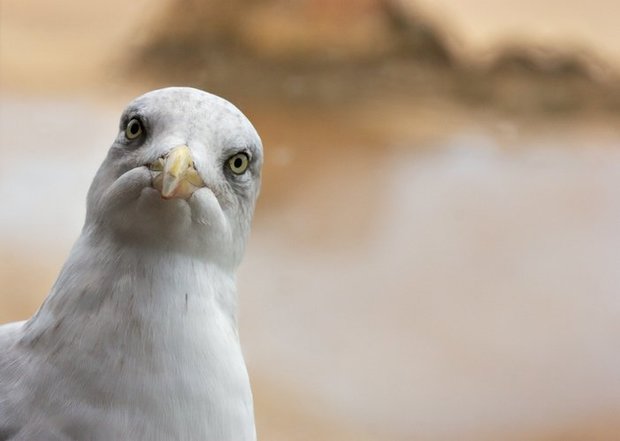 What are you looking at?

We’ve been talking about what knobs seagulls are on Sick Chirpse for a long time now and it seems that there are more and more reports of them murdering chihuahuas and attacking babies these days; the little critters are basically getting worse and worse, but it looks like we might have one way to get them to finally leave us alone.

A post graduate researcher from the University Of Exeter named Madeleine Goumas conducted an experiment where she visited several UK seaside towns such as Falmouth, St Ives and Newquay and placed a bag of chips about an arm’s length away from her. She then timed how long it took for the birds to swoop and for half the tests she locked eyes with the birds and for the other half she looked away.

Her results determined that if she stared the seagulls out then they were less likely to steal her chips: 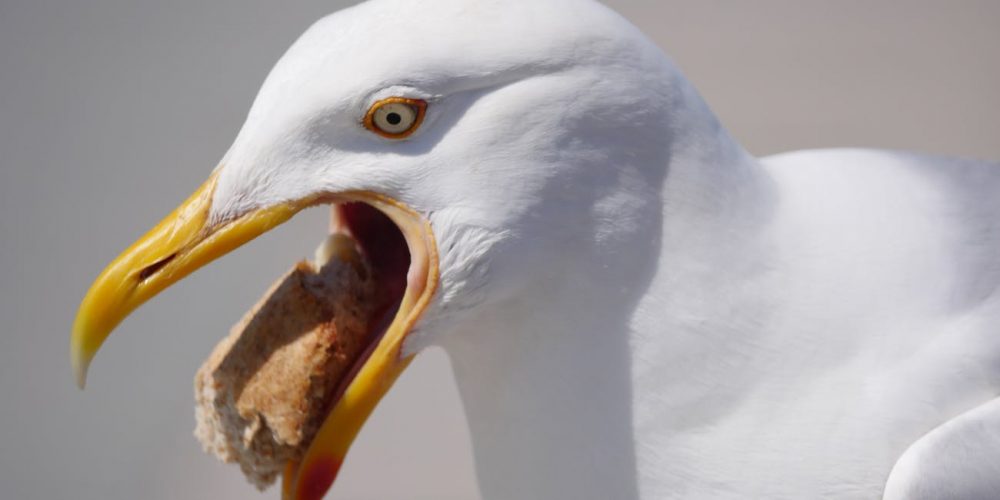 We found that they are less likely to approach food when they are being watched.

Sometimes they would jump and stop dead when they realised they were being watched.

Others, meanwhile, skirted the food or meandered around in elaborate paths as if choosing a moment to strike.

The effect was clearer with some individuals than others.

For the most part the gulls were wary of me when I was watching them, but there were a few individuals that were quick to approach even when I was looking at them.

When we do see gulls snatching food from people they tend to come from behind and the people they take food from usually have no idea it is about to happen.

People can take steps to prevent it.

When you eat, being against a wall that blocks a gull’s access from behind, or just keeping an eye out, being more vigilant, reduces your chances of having your food taken.

Well there are a couple of options there to try and hinder those assholes from stealing your food and ruining your day, but I think it’s a bit of an ask to lean against a wall every time you eat food at the seaside just to stop them from doing so. That’s kinda like almost admitting that they win. And we don’t want that.

For more of the same, check out this story about some seagulls keeping a family hostage in their own house. Terrible.