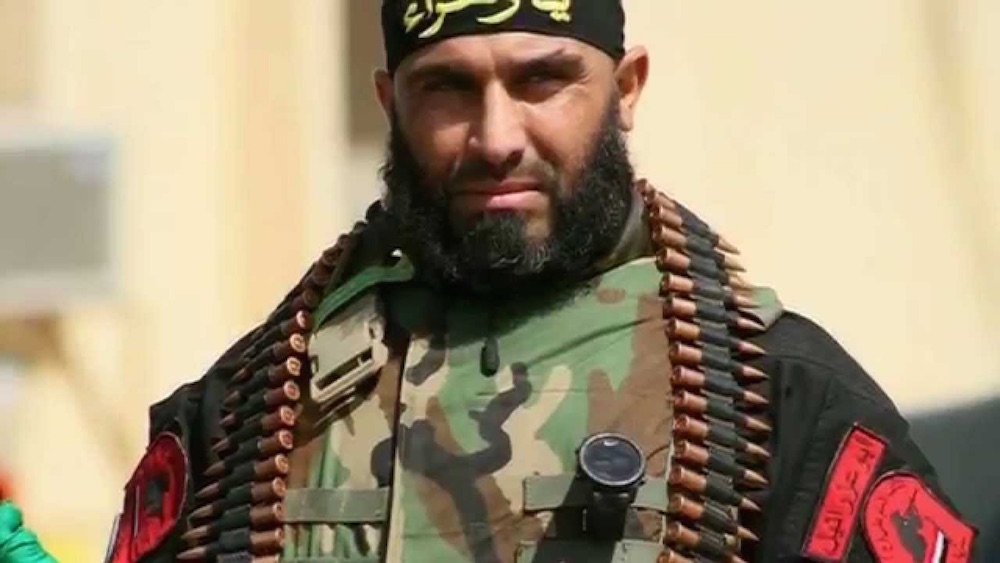 Fresh from actually being accused of being funded by ISIS yesterday after we posted their latest video, we thought we had better post something up today to suggest that we quite clearly weren’t. I suppose it wasn’t enough for some people that we also posted this one about them killing some European girls who went and joined them and widely condemning them in most of the posts we write about them but hey.

Anyway, this is a guy who describes himself as a real life Rambo, whose singular goal in life is to destroy ISIS. His name is Abu Azrael – which roughly translates into ‘Angel Of Death’ – and he’s the leader of the Imam Ali Brigade, an Iranian proxy group fighting in Iraq.

He’s become a cult figure in Iraqi social media, with many Iraqi social media users creating tribute Facebook pages of him as well as memes of him holding axes, waving swords, and abusing the corpses of ISIS fighters. Azrael is basically a symbol of hope against the oppression and abuse of ISIS.

The video below lets you see what he’s all about:

Intense as hell right? We basically need more people like this dude fighting against ISIS over there because they would stand no chance if that was the case – ILHA TAHIN!

Hopefully between this dude and Anonymous hitting them where it hurts in cyberspace, it won’t be too long until ISIS is but a distant memory.