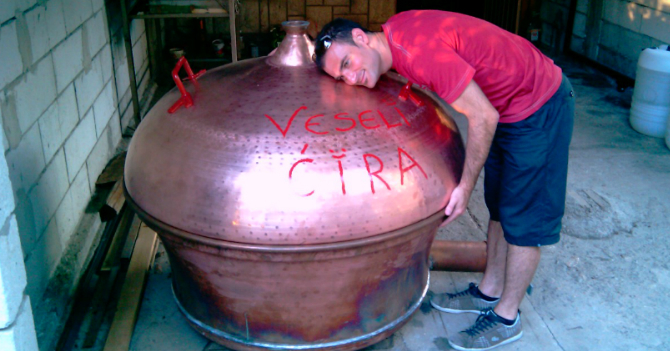 One night in Belgrade we met a man loading bottles of Serbian moonshine into the boot of someoneâ€™s car. His name was Goran and he taught us about rakia and let us drink some of his stuff.

One night in Belgrade we met a man loading bottles of Serbian moonshine into the boot of someone’s car. His name was Goran and he taught us about rakia and let us drink some of his stuff.

Rakia is a strong spirit made by distilling various fruits and it’s also the national drink of Serbia. Anyone who has explored the Balkans will be familiar with it, probably because it either caused a catastrophe or got them laid. Example:

A mate of mine got destroyed on the Bulgarian equivalent in Sofia and passed out in a taxi after telling the driver to take him back to Belgrade. Obviously he had nowhere near enough cash for the 5 hour fare and had to give the driver his iPhone. Gutted.

Rakia is a way of life in Serbia. They drink it traditionally at weddings, funerals, before dinner, or when visiting friends but it’s also up there with the most popular drinks in bars and clubs. I guess rakia is so loved because the Serbs grow up with it (grandmothers use it in various ways as a ‘cure’ for kid’s ailments) but maybe also because its strength (40 to 70%) is masked by the fruity taste. Its not too sweet though and the fruit its made of is usually totally identifiable and doesn’t taste synthetic (most rakia has no additives). They make it out of all kinds of fruits: plum, quince, apricot, pear or raspberry are common, as well as honey. It’s got some of the warmth of vodka but is much easier to drink neat. 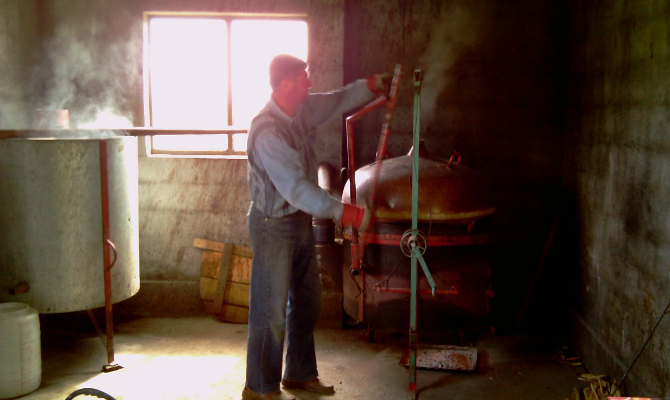 One of the best parts about going to Serbian family homes is many have their own still and when you visit they want you to try their homemade rakia or ‘domaca’. The family grow fruits (usually plums for slivovica) mainly for this purpose.  The danger in this is that as soon as you finish your glass, they fill it up again and as the homemade stuff is way stronger than commercially available rakia, you end up totally pissed, extremely quickly, at a nice family lunch or whatever. Goran reckons in the poorer areas some people still pay their doctors with domaca rakia and bribe the cops with it.

They make similar drinks across the Balkans and everyone argues over who invented it but Goran is convinced the origins are Serbian, quoting “many historians” but not actually giving me any proof… To be fair he did tell of an EU court ruling that trademarked slivovica and a few other types to Serbia.

The Still Goran is involved with is called ‘Podrum Pevac’ (Cellar Rooster) and it’s located in the heart of Serbia in a small village near the town of Kragujevac and its outpourings are pretty damn tasty. Double distilled at a low heat and matured in Oak and Mulberry barrels which gives it a specific colour and flavour. He showed us the operation and mentioned plans on marketing rakia to the UK and for what it’s worth I think it would go down well back home. Especially considering the shots market is cornered by crap like sourz and super sweet sambuca etc. So if you’re ever in Belgrade or want to try and get his stuff to the UK then send him an email: podrumpevacbgd@gmail.com or check out the website: http://zutadunja.com/ 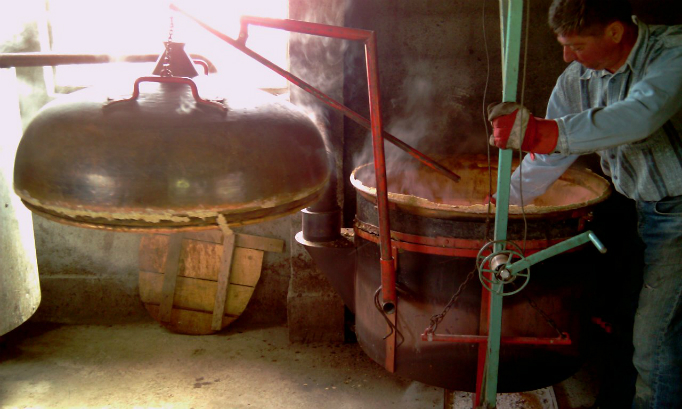 He wanted some opinions on the rakia and I thought I’d ask the most wasted person I could find at the time to see what they thought. I live with a Portugese guy who was drunk and high at just the right time and he said drinking the ‘Podrum Pevac’ rakia was like sucking alcohol through a bee. I have no idea what this means but rest assured Goran, your stuff is awesome!

â˜› BZS In Serbia Part 1: 5 Things They Like To Eat And Drink In Serbia

â˜› BZS Pissed Off In Hungary: I Spent 30 Hours Trapped In A Freak Hungarian Blizzard

Here is a picture of myself at a 3AM jam session in BIGZ building, Belgrade. Halfway through a song, this is the moment I realise I have completely forgotten how to play drums after drinking most a bottle of Dunja (quince rakia). 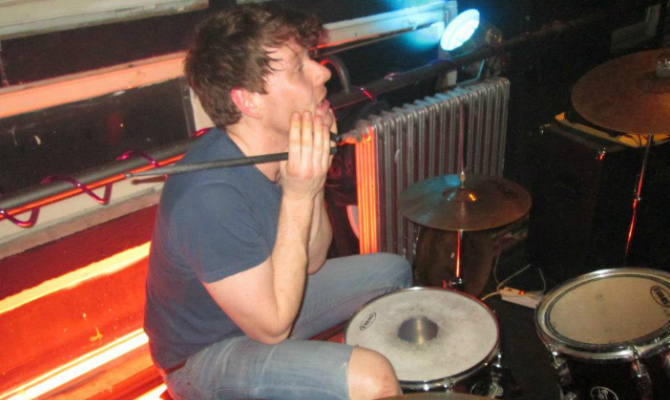