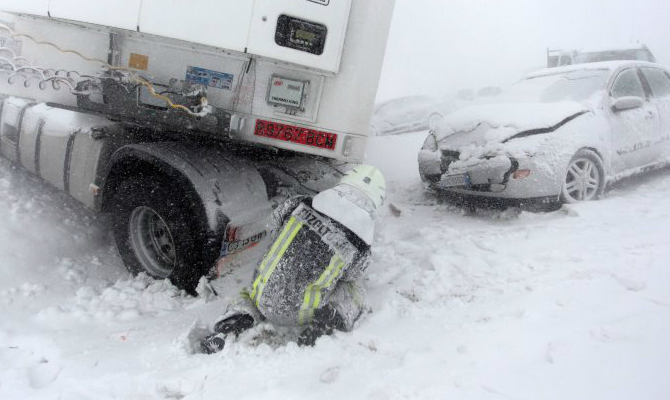 Something shitty happened to me last week and I thought Iâ€™d share it with you Sick Chirpsers, lying in your warm beds with your laptop, smoking that inevitable morning spliff and nursing last nights unfinished stubby of French supermarket lager.

Something shitty happened to me last week and I thought I’d share it with the Sick Chirpsers, lying in your warm beds with your laptop, smoking that inevitable Sunday morning spliff and nursing last night’s unfinished stubby of French supermarket lager.

This is how we spent 30 hours trapped on a motorway in a freak blizzard:

Driving from a gig in Transylvania to Vienna through the middle of Hungary (is it a country or a swamp?) and it starts snowing. Well this is a normal occurrence of precipitation so we thought nothing of it and stopped at McDonalds so our Portuguese bass player could buy doughnuts (obvs).

Once we get back on the highway the wind starts properly howling and the snow gets pretty ridiculous. Unbeknownst to us there is a 47 car pile-up going down ahead and the traffic stops. Weather conditions continue to worsen and we realise we’re in for the long haul. There’s nothing else to do but crack into a 5 litre barrel of Rakija we brought with us from Serbia (more on Rakija next week) and settle down for the night.

We wake up the next day with serious hangovers, the blizzard is raging and we’re still trapped. The snow is a metre high in some places and ice is encroaching on the inside of the van. We’re all freezing our tits of. Oh and our violin player comes on her period too so she’s in no mood for blizzards… 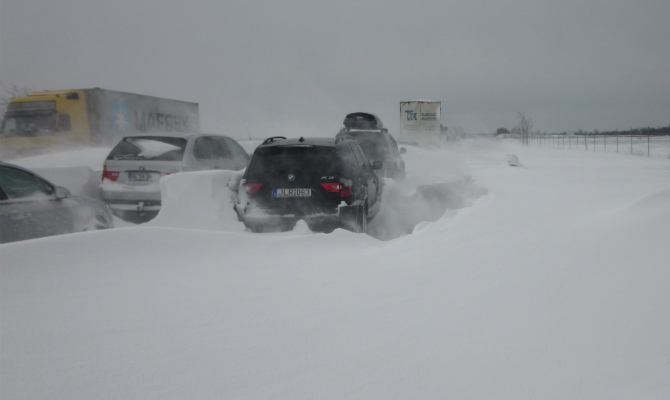 We spend the whole of this second day in the storm and it dawns on us that no one is coming. Well, some Hungarian army boys turned up in a tank which was pretty exciting but they did fuck all.

It starts to get late and we realise that the likelihood of us getting to our gig in Germany that night is diminishing and there is still no sign of the emergency services apart from a second tank with TEKKERS written on the side that drives around the field next to the highway for a bit then goes back home. 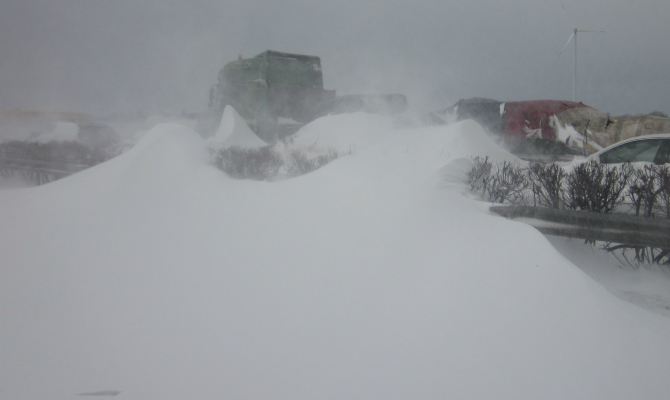 Some hench looking guys with an SUV and tow ropes have managed to get to a nearby exit on the other side of the road. We reckon all we need to do is borrow a wrench from one of the lorry drivers and take apart the metal barriers in the middle of the motorway, sounds easy right? Well as we’re walking down the highway confusing Hungarian truck drivers by asking for wrenches one, of them points down the way at 5 or 6 people that have had the same idea as us.

Only they have angle grinders, crowbars, a chainsaw, a sledgehammer and a wrench and they’ve been at it for over an hour. We team up with those more tooled up and sure enough eventually get through the barrier. After amusing the guy in the next car over’s baby with a stuffed dinosaur (Captain Snuggles), a bowler hat and some shades, he offers to convoy us down the ‘old road’ to the Austrian  border.

â˜› Bum Europe?: Meet The Russian Woman With The Longest Legs In The World 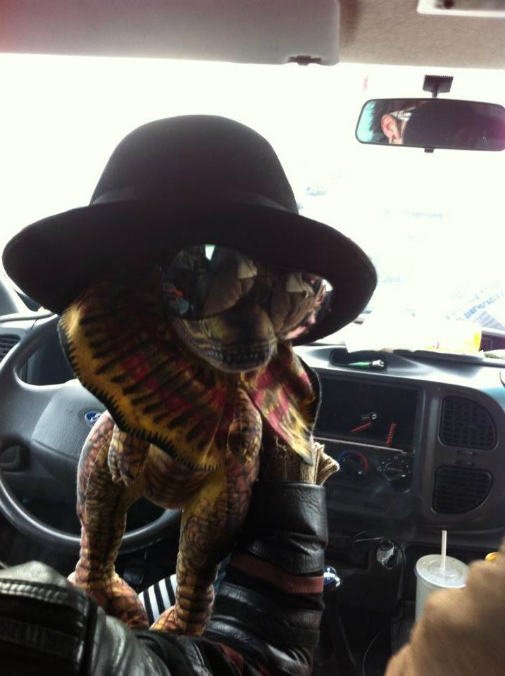 End of the story: 30 hours after getting stuck, we bomb it through the rest of Hungary, Austria and Germany and roll out of our van and onto stage at midnight, minutes before the cut-off time of when we can play the gig. Boom! Others are not so lucky and remain stuck in the blizzard for another 2 days and nights. 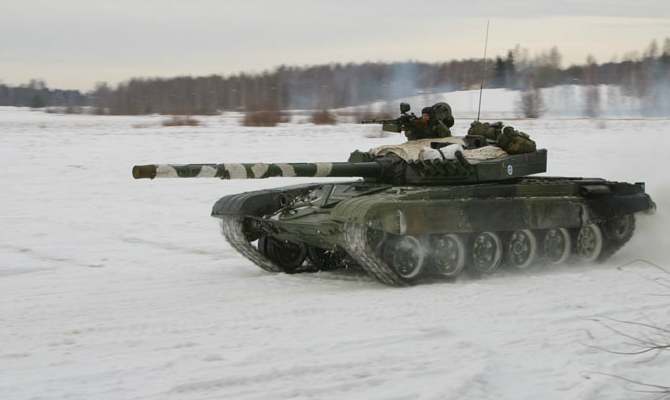