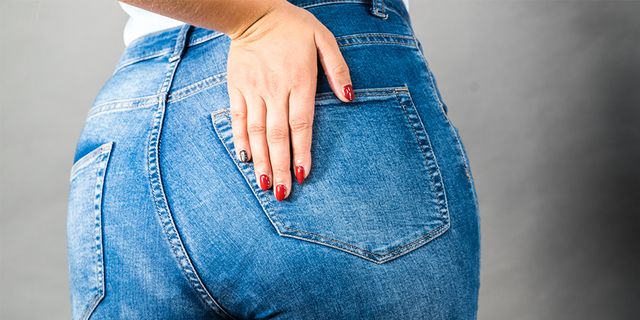 Butt implants are on the up.

Whilst there’s been an expected decline in both both minimally invasive and surgical cosmetic procedures as a result of pandemic closures in 2020, new data also shows that one particular procedure is on the up and up.

As reported by Bloomberg, The American Society of Plastic Surgeons has announced that while Botox and soft-tissue fillers remain the most popular procedures overall, butt implants are up 22%.

Dermatologist Ava Shamban says the amount of women seeking butt implants is down to sedentary lifestyles —“modern-day ‘secretary spread,’ or a general flattening of the buttocks.” And of course… Instagram culture.

Presumably, seeing the higher, tighter rounder assets on social media or any number of reality distractions, had patients researching and ultimately scheduling procedures to give their bottom line a much-needed boost.

There was an 8% uptick in breast implant removals last year too. According to Dr. Lisa Cassileth of Cassileth Plastic Surgery and Skincare, implants have a shelf life and will eventually fail.

The population of aging implants is getting greater every year, so part of this is just a reflection of the boom we have had in implants over the years.

It’s actually pretty surprising that butt implants took as long to catch on as they did, considering the massive Sir Mix-a-Lot’ track ‘Baby Got Back’ was released way back in 1992. Curvy/shapely butts have always been “in”, so why did it take so long for this type of surgery to surpass breast implants?

Question is – is it worth it? We’ve shared few stories on butt lift horror stories over the years, including this $4,000 Brazilian Butt Lift fail and the woman whose butt implants literally exploded in her body. If you’re fortunate enough for that not to happen, I guess they also start to “fail” the way Dr. Cassileth says breast implants do? What are the butt implant generation going to look like when they’re 60 or 70? Rest of the body starts sagging and the rubber/plastic/silicone just ends up looking weird? Although maybe it won’t matter to them so much at that point.

What could this mean for the size of airplane seats in the next 20+ years? The American airline industry is already considering weighing passengers before their flights in future, this will only complicate things further.