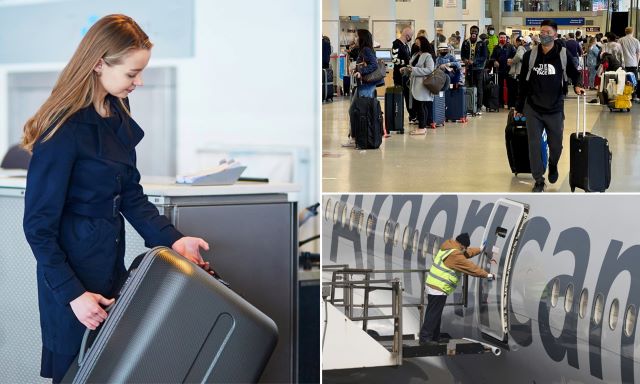 As if having fights break out in the departure lounge of their airports every week wasn’t embarrassing enough, Americans may soon start being weighed at the gate amid concerns that aircraft are being overloaded.

As per MailOnline, there is concern that Americans are getting fatter and the FAA is worried aircraft soon won’t be able to handle the extra weight.

Airline carriers are tasked with calculating the weight and balance of their aircraft to ensure it’s within allowable limits for the safety of the plane, and it’s now at the point where they are considering weighing passengers pre-flight, just to be on the safe side.

Increasing obesity rates in the US suggest that the standard numbers used by the airline industry to average out passenger weight is likely outdated and therefore, unsafe to use.

Imagine if weighing passengers at the gate actually becomes a thing? Some people would just stop travelling by air altogether because the anxiety around being publicly weighed will be too much to bear. What if you’ve just guzzled an airport beer or had a big meal right before heading to the departure lounge? You might have to bypass those just to be sure you can make weight to fly. Although a hidden bonus could be that you’d be too fat to fly back home after your summer holidays? “Sorry boss, gained too much weight partying on the beach. Let you know when I’m skinny enough to fly again.”

There is one way to solve everyone’s problems though – a fats-only airline. Let’s be honest, there’s no way weighing passengers before their flights is actually going to become a reality; it would just be too embarrassing for people. Airlines would have lawsuits coming out of their ears from all the passengers claiming they were body shamed and laughed at and whatnot. A fats-only airline is the only solution. Make it happen.

To meet the woman engaged to a ‘feeder’ boyfriend who aims to help her reach 600lbs before their wedding day, click HERE. Couple goals?