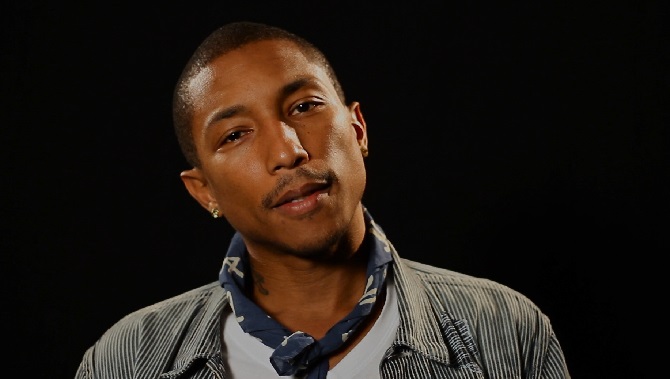 Follwing Will.i.am sending him a cease and desist letter over his use of the phrase “I Am”, Pharrell Williams is now suing the Black Eyed Peas frontman back.

Pharrell Williams obviously has no plans to wait around for Will.i.am to file a real lawsuit it seems. Not long after Will.i.am taking legal action against Pharrell Williams over the use of the phrase ‘I Am’, which he apparently somehow owns, Pharrell is now fighting back and suing the Black Eyed Peas front man himself.

The producer is suing fellow producer, ‘singer’ and all round strange man-thing Will.i.am for trying to stop him from using the ‘I Am’ phrase in naming his recently launched YouTube channel ‘I Am OTHER’.

Will previously sent Pharrell a cease and desist letter explaining that he owns the rights to the ‘I Am’ phrase. Pharrell wants a judge to rule that a trademark for his  ‘I Am OTHER’ company is not infringing on Will.i.am’s ‘I Am’ trademark, which the rapper has owned since 2001. Pharrell’s ‘I Am Other’ venture includes musicians, a branded YouTube channel, a Brooklyn-based bicycle manufacturer and a company that makes yarns and fabrics from recycled plastic bottles.

Pharrell argues that his use of  the term is completely different from Will.i.am’s use, in that the Black Eyed Keys front-man’s use is comparable to Dr. Suess’ use in the children’s book ‘Green Eggs and Ham’ which features a character named Sam I Am. “In contrast, the I Am Other mark means ‘I am something else,’ leaving what that ‘else’ is to the imagination of the consumer,” reads the suit. This is like something out of Law and Order. Riveting stuff.