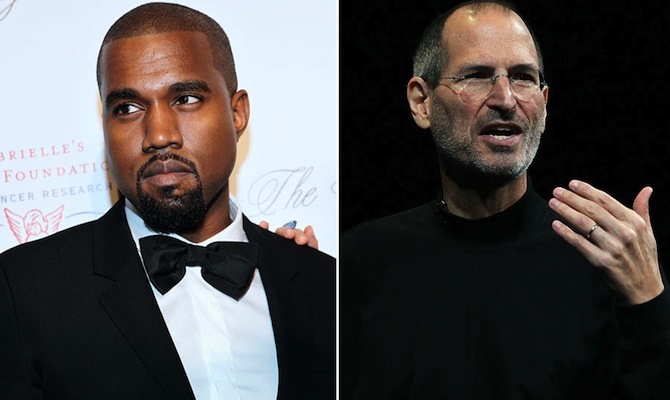 Kanye West this morning tweeted a photo of two Apple mice adorned with the autographs of the late Steve Jobs and Steve Wozniak – the founders of Apple. They were given to him by his missus Kim Kardashian on Father’s Day.

one of the other gifts my girl gave me for fathers day pic.twitter.com/WnlZaMhVtw

It’s a completely appropriate gift for someone like Kanye West – we’d imagine he’s not an easy person to buy presents for. It wasn’t that long ago Kanye gave an interview to the New York Times in which he compared himself to the late Apple founder (in third person, naturally):

“I think what Kanye West is going to mean is something similar to what Steve Jobs means. I am undoubtedly, you know, Steve of Internet, downtown, fashion, culture. Period. By a long jump. I honestly feel that because Steve has passed, you know, it’s like when Biggie passed and Jay-Z was allowed to become Jay-Z.”

â˜› Next: Here Are The Worst Baby Names Ever (Even Worse Than North West)

Massive respect to Kanye West for apparently still using a desktop computer in 2013. We absolutely do not want to be the people who suggest the handwriting on both mice look exactly the same and are potentially not be the real deal, but it’s a very thoughtful gesture nonetheless by Kim Kardashian. We always knew their love story was for real.

â˜› Next: Kanye West Releases His Own Version Of ‘American Psycho’